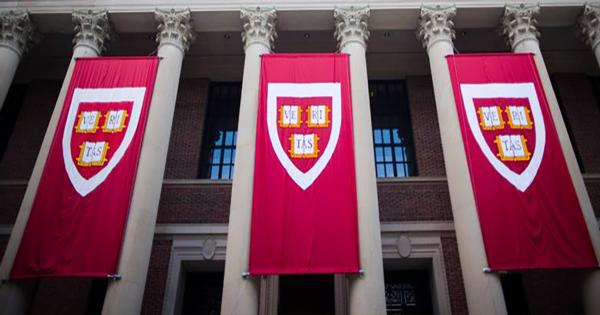 The “house master” title at Harvard University will soon be tossed out because it “causes discomfort” for its alleged connection to slavery.

“My understanding is that the general feeling has been that the title causes discomfort, both for those serving as House masters and for many of our students,” Rakesh Khurana, the Danoff Dean of Harvard College told the Harvard Gazette. “It doesn’t fully communicate the responsibilities of the role and how it has evolved.”

"...the general feeling has been that the title causes discomfort..."

Khurana explained that using the word at an American institution, a nation with a dark history of racial discrimination and slavery, adds “significance to the term that we can’t easily dismiss by focusing narrowly on its classical roots.”

The word “master,” according to some Harvard deans, is similar to historical terms like “school master” and “headmaster,” which were used at medieval universities in Europe. All these uses of the word originate from the Latin word “magister,” a title for scholars or professors.

“I don’t have this association when I congratulate a student on attaining a master of arts or on the mastery of a subject,” said Michael Smith, Edgerley Family Dean of the Faculty of Arts and Sciences. At the same time, though, he added that he has "long reacted emotionally to this traditional title because I cannot simply delete from my mind the additional context provided by our nation's history," and suggested that Harvard should seek other ways of honoring its academic legacy "in a manner that is appropriate for our time and our history."

Echoing Smith’s assessment of the title, an uprising of student protests convinced the administration to scrap the use of "house master" in favor of a more generic term devoid of both historical significance and the potential to offend.

“Faculty dean” will become the university’s new title for the 24 staff members who reside in and lead residential housing communities on campus.

In addition, Harvard Law School is considering changing the school’s official seal for similar reasons. The seal contains the coat of arms of Isaac Royall, a Harvard donor who established the university’s first professorship in law and helped endow the college, but who had a reputation as a brutal slave owner in the 18th Century. The BBC reported that students planned to protest the seal by participating in a sit-in to be held this week.

Bethany Salgado is a Texas Campus Correspondent, and reports liberal bias and abuse on campus for Campus Reform. Bethany is a senior at the University of Texas at Dallas, where she studies International Political Economy and Spanish. She previously worked on the Mitt Romney presidential campaign and interned with the Leadership Institute. She contributes toYoung Conservatives and 1776 Scholars Blog.