Harvard to ban members of single-gender clubs from leadership roles 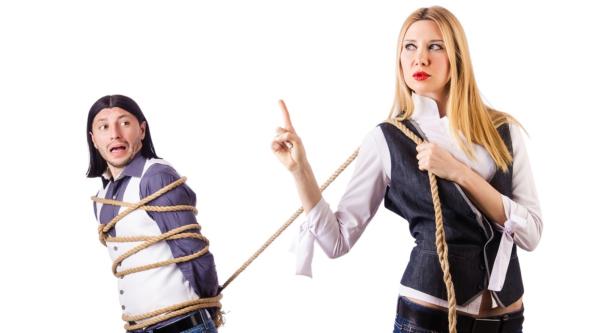 Harvard University will now ban members of any single-gender social clubs from holding leadership positions at the school and applying for some of its top scholarships, The Harvard Crimson reports.

President Drew Faust, who has been flirting with the idea for months, officially announced Friday that she will accept Dean Rakesh Khurana’s recommendation to implement the ban.

"In their recruitment practices and through their extensive resources and access to networks of power, these organizations propagate exclusionary values that undermine those of the larger Harvard College community.”

“Although the fraternities, sororities, and final clubs are not formally recognized by the College, they play an unmistakable and growing role in student life, in many cases enacting forms of privilege and exclusion at odds with our deepest values,” Faust wrote. “The College cannot ignore these organizations if it is to advance our shared commitment to broadening opportunity and making Harvard a campus for all of its students.”

The decision comes in response to the recommendations of a university-wide report led by Khurana, who called the single-gender clubs “preserves of men” that promote “exclusionary values.”

“[T]he discriminatory membership policies of these organizations have led to the perpetuation of spaces that are rife with power imbalances,” Khurana wrote in a separate letter to students Friday. “The most entrenched of these spaces send an unambiguous message that they are the exclusive preserves of men. In their recruitment practices and through their extensive resources and access to networks of power, these organizations propagate exclusionary values that undermine those of the larger Harvard College community.”

Consequently, members of the single-gender clubs will be excluded from Harvard’s leadership effective 2021.

“Captains of intercollegiate sports teams and leaders of organizations funded, sponsored, or recognized by Harvard College in a very real sense represent the College. They benefit from its resources. They operate under its name,” Faust wrote in an email obtained by The Crimson. “Especially as it seeks to break down structural barriers to an effectively inclusive campus, the College is right to ensure that the areas in which it provides resources and endorsement advance and reinforce its values of non-discrimination.”

Harvard’s administration has been putting pressure on the single-gender clubs since last fall, when the school encouraged the organizations to convert to a co-ed status, with some eventually opening membership to women. Now, however, some of the clubs will likely be forced into extinction after Khurana hinted that he will channel funds into “social alternatives” and even grant clubs that comply with the ban access to “certain Harvard facilities.”

“[The] unrecognized single-gender social organizations have lagged behind in ways that are untenable in the 21st century,” Khurana opined. “Ultimately, all of these unrecognized single-gender social organizations are at odds with Harvard College’s educational philosophy and its commitment to a diverse living and learning experience,