Peter Van Voorhis Contributor at The Washington Examiner @RepublicanPeter on Aug 17, 2016 at 10:45 AM EDT 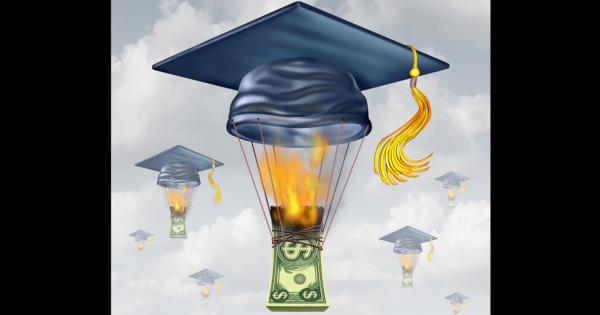 According to David Sabey, an educator and PhD student at Vanderbilt University, free tuition is not the solution to the student debt problem; rather, it is itself part the problem.

In an op-ed for The Federalist—unambiguously titled “Why Making College ‘Free’ Won’t Help the Poor,”—Sabey argues that increased government subsidies will have little impact, because lack of academic preparedness, not an inability to afford tuition, is the main impediment to college graduation for many students.

“Giving someone a free ride to failure is no service.”

Recalling his experience teaching in a school district in which some high schools had graduation rates below 50 percent, he asserts that many of his students felt that college was simply a continuation of a failing education system, and even with heavy federal and state subsidies, saw no real reason to pursue higher education.

The students in his district left high school with little to no critical thinking, analytical writing, and problem solving skills necessary to complete college, he claims, asserting that “if their experience in the education system does not change, making college tuition-free would actually put them in a worse situation.”

Both of the leading candidates for the Democratic presidential nomination, Bernie Sanders and Hillary Clinton, included promises of tuition-free college for all Americans in their platforms, arguing that this is the best way to help poor minority communities, as opposed to real reform of K-12 education.

Sabey, however, counters that making college tuition tuition-free will disproportionately hurt the poor at the benefit of the middle class, pointing out that a bachelor’s degree is now similar to what a high school degree was in the past: a basic requirement to get a job. As a greater number of middle-class youths graduate from college, he projects that poor minorities will be channeled into dead-end and low paying jobs, if not gangs.

Yet even if tuition were free, and even if poor students were intellectually prepared for the rigors of college, Sabey contends that low-income students would still be at a tremendous disadvantage because they lack the strong support networks and understanding of the system enjoyed by their middle-class peers.

“Giving someone a free ride to failure is no service…[and] making college free for those who would already succeed in it is not particularly noble or inspiring,” he declares.

“Financial accessibility, which is what the Bernie/Hillary plan emphasizes, is relevant, but, in my opinion, is not the most important form of accessibility” Sabey told Campus Reform. “I worry that, in debates about making college tuition-free, we will overlook those other, more important forms of accessibility. As I wrote in my latest piece, I think this may end up adversely affecting low-income and first-generation students.”

Instead of free college, Sabey insists that the best way to help poor and minority students is to reform the K-12 education system, saying the solution lies in helping these students develop stronger social networks, expanding their access to resources, and providing them with legitimate skills and profound thoughtfulness.

“Rather than trying to extend a dysfunctional state-run school system four more years, let’s change the system,” he suggests at the conclusion of his op-ed. “Before we make college free for the privileged, let’s make high school work for the marginalized.”