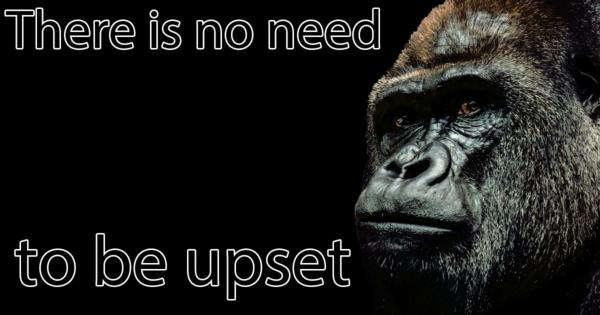 Clemson University backtracked on a policy preventing students from posting Harambe memes on the doors to their residence halls after one administrator said the memes “add to rape culture.”

On Friday, Graduate Community Director Brooks Artis confirmed that RAs had been contacted with instructions to order the removal of all exterior-facing Harambe references on residents’ doors and windows because the gorilla’s death had been used to “add to rape culture” and the subsequent posts were a “form of racism.”

“We want to clarify that building residents are able to post items on their individual doors.”

“We are no longer allowing any reference to Harambe (or any other spelling) to be displayed on doors, halls, billboards, or windows,” the ukase states. “Harambe should not be displayed in a public place or a place that is viewed by the public.”

Artis told one student that the policy was the result of a complaint about a meme “that was offensive and bias [sic] in nature,” although she made sure to specify that students could continue to post Harambe memes inside of their rooms.

When pressured by a student to explain the reasoning behind the ban, Artis said that students have to “remember that we all come different backgrounds and have different identities that shape how we are affected by different references.”

She also invoked Title IX in her explanation, suggesting that using a Harambe meme may result in disciplinary action for not “being inclusive.”

However, on Tuesday, Clemson University’s housing office released a statement revealing that students are, in fact, allowed to post Harambe memes on their doors.

Clemson explained that although one meme made a student uncomfortable and they are “committed to creating an inclusive, safe living community,” they also want to ensure that students have the ability to “express their thoughts.”

“To that end, we want to clarify that building residents are able to post items on their individual doors,” Clemson wrote [emphasis in original].

“Should you encounter any issue of concern please reach out to your RA or other hall staff members for assistance,” the statement concludes.