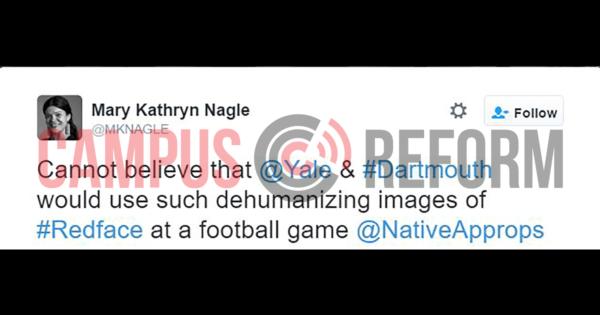 Yale University is apologizing for a “dehumanizing” and “racially insensitive” program booklet used to commemorate its 100th annual football game against Dartmouth College.

The booklet included eight renditions of historical program covers for the Dartmouth-Yale game, four of which contained depictions of Native Americans that some found offensive, according to The Yale Daily News.

“[I'm] really interested in educating people, not just so they know it’s wrong, but to know why it’s wrong.”

Beginning in the 1920s, Dartmouth was unofficially known as “the Indians,” a nickname with an accompanying mascot that persisted until the mid-1970s, when they were renamed the “Big Green.”

One of the images, first published in 1942, shows the Dartmouth Indian being chased up a tree by the Yale bulldog, while another from the 1944 matchup depicts a Yale football player lighting an Indian’s clothing on fire. In both cartoons, the Indian mascot is dressed in a loincloth, a feathered headdress, and war paint. 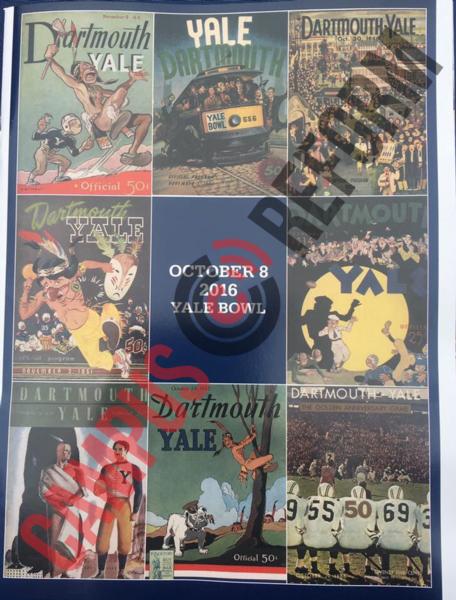 All of the historical program covers featured were originally published between the late-1920s and the mid-1950s.

The 100th anniversary program gained traction on social media after Mary Kathryn Nagle, executive director for the Yale Indigenous Performing Arts Program, tweeted a photo of the booklet along with the caption, “Cannot believe that @Yale & #Dartmouth would use such dehumanizing images of #Redface at a football game.”

The Yale Athletics Department issued an apology on Sunday, one day after the football game, writing that the images were a “violation of our values of mutual respect, equality, and decency.”

“Our intention was to recognize the 100-game relationship between Dartmouth College and Yale University,” the statement explained, adding, “We are truly sorry for the hurt this program cover caused, particularly for those from Native American communities. Yale Athletics is committed to representing the best of Yale and upholding the University's values, especially respect for all.”

The Association of Native Americans at Yale thanked the Athletics Department for the apology in a Facebook post, declaring that the program cover “perpetuates prejudice and discrimination against Native peoples” by reproducing images of the defunct mascot.

“The program features the former mascot of Dartmouth College, which is officially no longer in use due to the racist stereotypes it perpetuates,” the ANAY said. “Studies show the damaging effects of such images on Native peoples and young people of all races.”

Despite accepting the Athletic Department’s apology, the ANAY criticized the institution as a whole for “eras[ing] the contribution of Indigenous peoples,” citing Yale College’s association with John C. Calhoun, founder of the Bureau of Indian Affairs.

Yale Athletics Director Tom Beckett told The New Haven Register that the Athletics Department will be doing more than just issuing the apology, saying there are plans to meet with multiple Native American groups on campus.

Kelly Fayard, assistant dean of Yale College and director of the Native American Cultural Center, told the Register that she is looking forward to the meeting because she is “really interested in educating people, not just so they know it’s wrong, but to know why it’s wrong,” arguing that it doesn’t matter that the images are from a bygone era.

“There really is no appropriate use for those images today,” Nagle declared. “We need to retire them. That purpose is no longer accepted by the majority of Americans today.”

Beckwith declined to name an individual responsible for the racially insensitive imagery, explaining that the programs were a group effort on behalf of the Athletics Department.

Despite the controversy over the programs, Yale won the 100th anniversary game over Dartmouth by a score of 35-3.