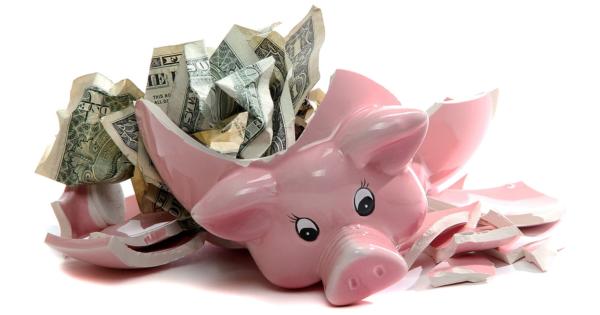 The Independent Women’s Forum (IWF) and the Network of Enlightened Women (NeW) argue in a new joint report that fostering competition among universities and removing government red tape are among the best ways to help millennial women succeed.

“Colleges and universities should compete to provide value to students and offer opportunities to learn and earn degrees at reasonable prices,” the groups assert in  Working for Young Women. “Student loan providers should also be able to compete to offer people better deals and greater value, and other lending paradigms should also be allowed to emerge.”

“The government has no business managing student loans.”

The report identifies an overabundance of government involvement as the primary driver of spiraling higher education costs, pointing out that government subsidies have only exacerbated the problem.

Although many college and university officials defend government subsidies as a necessity for students, the report argues that in reality, “school administrators see these subsidies as an opportunity to increase prices and capture these new resources.”

As government aid has increased, the report explains, higher demand has led to increased tuition costs, which provoke calls for further government aid and so forth in a “vicious cycle.”

The report points out, however, that making college free through government subsidies does two very negative things: it removes accountability and raises taxes.

“While proposals to make college tuition-free may be well-intended, the reality is that these plans would destroy the important incentives that help students make responsible decisions and hold colleges accountable to their customers,” the report states.

While tuition-free education will increase enrollment, there would not necessarily be a corresponding increase in graduation rates, because when there is no tuition cost, there is no cost to taking classes and then dropping out, encouraging people to enroll even if they are not sure whether they will get anything out of it, the report explains, arguing that this leads to poor investment by the government.

Moreover, even if tuition were “free,” taxes would have to increase to pay for it, a negative externality that the report contends is a major contributor to the trend of high taxes in the countries that offer tuition-free college.

After determining that adding student aid and creating tuition free college does more harm than good, IWF and NeW set forth economic plans designed to be more beneficial to students, such as holding colleges accountable for bad loans, encouraging competition among colleges, and “getting government out of the lending business.”

To hold colleges accountable, the report suggests that they share the burden of loans that fall into default, arguing that this would encourage the colleges to act more prudently when accepting students for enrollment.

To increase competition and decrease student cost, the report proposes that all schools that receive public funds should allow students to access educational material online, as well as offer credit to students who can demonstrate mastery of a subject in independent assessments.

The report also asserts that “the government has no business managing student loans,” reasoning that the lack of competition and profit motive in the public sector not only produces inefficiency and discourages innovation, but also exposes taxpayers to unnecessary risk.

“Naturally, private companies (which would bear the risk related to each loan) would seek innovative ways to serve all sorts of student borrowers,” the report notes. “The government simply can’t provide that individualized level of customer service, and should bow out of the student loan business, returning this industry to the private sector.”

However, the report also points out that a key element in helping future college graduates is creating an economy in which they can find jobs and not have to pay excruciatingly high taxes.

“Policymakers should put economic reforms in place to foster a strong job market so that wages will increase, allowing more youth to pay back their loans in a more timely fashion,” it states. “These reforms include rolling back costly and needless workplace regulations (such as the Affordable Care Act’s mandate that employers provide health insurance), and increasing businesses’ access to working capital through financial reforms.”