Students demand 'sanctuary campuses' to protect them from Trump 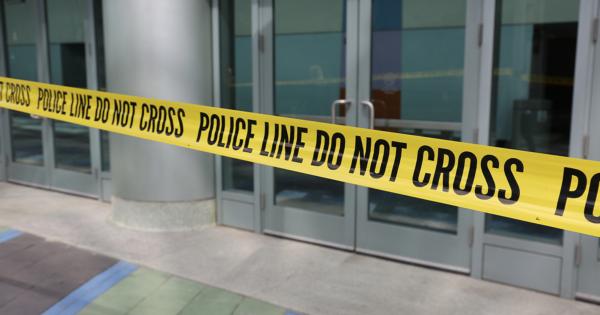 College students across the country are now demanding that their schools be converted into sanctuary campuses to protect illegal immigrants from President-elect Donald Trump’s vowed crackdown on immigration.

At Harvard University, for instance, “concerned” students and faculty presented a petition to the elite school’s administration in which they “urgently demand that you directly support our undocumented students.”

“Many students and their families now live in fear of Donald Trump’s deportation threats.”

“President-elect Donald J. Trump now possesses the power to materialize his words with the support of our [C]ongress, making the repeal of vital immigration policies not only possible, but frighteningly plausible,” the petition asserts before going on to present a list of several demands to ensure the protection of illegal immigrants at Harvard.

Among the demands are calls for the hiring of a “full-time Assistant Dean under the Dean of Diversity and Inclusion” whose sole objective will be to “support the undocumented/DACA-mented students at the college.”

Additionally, the ultimatum orders Harvard’s administration to “establish a distinct budget for undocumented students” to “cover fees associated with immigration-related legal proceedings,” and to hire “a mental health professional” to work with “marginalized communities.”

Finally, Harvard students and faculty call on their administration to “proclaim Harvard Memorial Church” a member of “the network of sanctuary churches that provide refuge for students facing deportation proceedings.”

Meanwhile, at Yale University, students are now circulating a petition that commands the university to “investigate the possibility of our campus serving as a sanctuary for students, staff, and their family members who face imminent deportation,” saying that “many students and their families now live in fear of Donald Trump’s deportation threats.”

At Brown University, students and staff have also submitted a letter to their administration demanding that it “investigate the possibility of our campus serving as a sanctuary for students, our staff members, and their family members who face imminent deportation,” using language that is almost precisely the same as that of Yale’s petition.

"Our active support of our most vulnerable members will demonstrate Brown's commitment to defend our values of inclusion, justice, and humanity," the letter states. "It may give comfort to those, especially within the Brown community, who are frightened and unsure about their future and safety."

Another petition is making its way around the University of Wisconsin, Madison’s campus, where students and faculty are asking the administration “to implement a plan to declare our campus a sanctuary for undocumented and DACAmented students, staff, and their family members who face imminent deportation,” again using language strikingly similar to that of the previously mentioned petitions.

Similarly, student activists at the University of Connecticut are demanding that the school “become a legal sanctuary for undocumented students and their families by the end of the calendar year.”

If such an outcome does not occur, the list of demands calls on the school to release an “action plan” for how it will handle the deportation of illegal immigrants, “including how the university will handle their credits, financial aid, and any money they have paid for tuition/room and board,” the Daily Campus reports.

While the school has not specifically addressed the list of demands, the Daily Campus reports that the administration sent out a statement to all students Thursday reiterating its commitment to inclusivity.