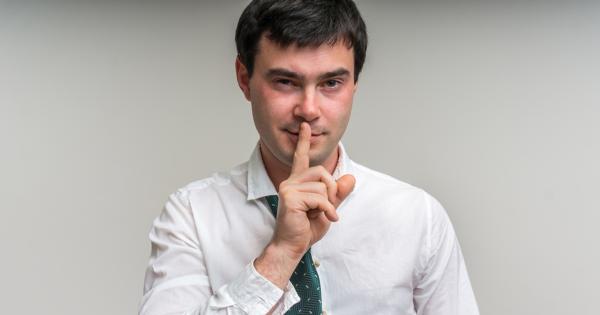 Baruch College’s president has admitted to deflecting and even flat out ignoring inquiries from conservative outlets such as Campus Reform because of “the dubious or unsavory background of the organization.”

In fact, in an email exchange obtained by Campus Reform, the college’s dean of the School of Arts and Sciences, Aldemaro Romero, writes to Baruch College’s president, Mitchel Wallerstein, to warn him about outlets like Campus Reform and The Daily Caller, which he accuses of taking “interviews out of context,” and of including the private “email addresses of the people they have quoted” in stories and “in some cases even the home address of those quoted.”

“Requests have been deflected or turned down because of the dubious or unsavory background of the organization.”

Campus Reform has since contested those allegations, asking Romero to provide evidence for his claims, but he has not responded to any inquiries.

He does, however, express confidence in his knowledge of how Campus Reform and The Daily Caller operate, presenting his colleagues with his take on the “modus operandi” of such organizations, which he accuses of “posing as legitimate new organizations.”

“Their modus operandi for these outlets is as follows: once they get access to a syllabus that seems to indicate that ‘liberal ideas’ are being taught at that campus, they contact the professor who wrote the syllabus, as well as the provost and the president of the institution, posing as legitimate news organizations,” Romero explains, arguing that “they quote these interviews out of context to give the impression of the widespread liberal bias by many college professors.”

He then goes on to assert that since “these two sites are widely read by right-wing types”—apparently “including those who belong to hate groups who find any statement that can be interpreted as pro-diversity, pro-immigration, political correctness, and the like”— many “faculty and administrators start to receive tons of hate mail, including death threats.”

In some cases, Romero continues, faculty members have even “had to upgrade their home security systems” since they were “afraid of being the physical target of these hate groups.”

“I hope you find this information useful since apparently these media outlets have become relentless in their campaign against ‘liberal’ professors and institutions of higher education,” he concludes, prompting a response from the school’s president, who thanked Romero for the “heads up” and shared his own strategy for handling “this insidious behavior.”

Baruch’s president, Mitchel Wallerstein, went on to explain that he deflects all media inquiries to the school’s public relations office, saying, “I rely on Christina Latouf’s office to function as the intermediary when there are requests for media interviews.”

He then admits that in some cases, he has even flatly ignored requests for comment from conservative publications based on the “unsavory background of the organization[s].”

“There have been occasions in the past when requests have been deflected or turned down because of the dubious or unsavory background of the organization,” he acknowledged. “I fear, however, that faculty, who typically 0are [sic] not savvy in the ways of media, might not be as prudent or careful.”

Campus Reform reached out to both Romero and Wallerstein for comment, and received a response from Latouf denying that certain news outlets are treated differently than others.

“We work very closely with all journalists to assess their requests for information regardless of the story’s perspective,” she declared. “We assess every external request for Baruch information. We do not ignore reporters who have an information request about Baruch and each is handled on a case-by-case basis.”

When pressed on whether Wallerstein’s claim that “requests have been deflected or turned down because of the dubious or unsavory background of the organization” constitutes an admission that he does not respond to certain outlets, Latouf countered that “this is your language, not the president’s.”

Latouf did not address Romero’s accusations that Campus Reform has used quotations out of context and published the personal contact information of subjects.