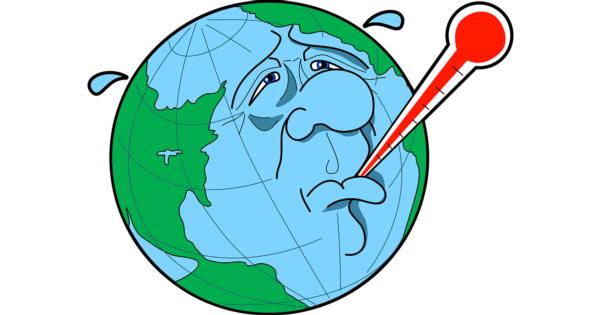 An email exchange among sociology professors promoting a petition against one of Donald Trump’s potential Cabinet nominees made its way to graduate students courtesy of a university email list.

The petition, which has since been deactivated, targets Myron Ebell, the head of Trump’s Environmental Protection Agency transition team and a potential pick for EPA Administrator, whose work with the Competitive Enterprise Institute (CEI) has apparently earned him enemies on the environmentalist left.

“In retrospect, I realize that I made a mistake when I've send [sic] the petition email to all my colleagues.”

Emails obtained by Campus Reform show that Andrew Hoffman, a professor at the University of Michigan, sent an email with the subject line “important petition,” in which he calls Ebell a “climate skeptic” and promotes the petition to prevent Ebell from being appointed to head the EPA.

“I suspect most of you are aware that Donald Trump has selected Myron Ebell from the Competitive Enterprise Institute (and prominent climate skeptic) to head up the EPA Transition team (and potentially become EPA Administrator),” Hoffman wrote. “This move is so blatant, that a strong and immediate response is warranted.”

The petition was then forwarded to a University of Iowa environmental listserv by Ion Vasi, a professor in the Sociology Department. 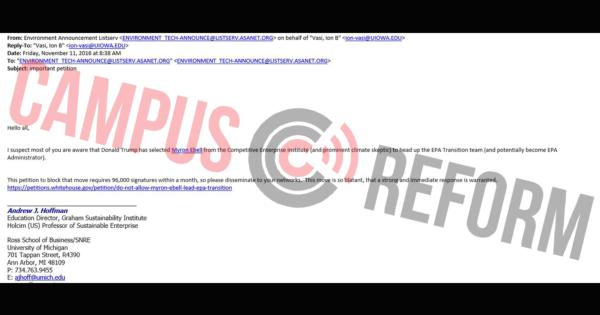 “I did not know that this could be considered a political issue—I thought that this issues [sic] is about science,” Vasi told Campus Reform. “For the same reason it is problematic to nominate as a General Surgeon someone who believes that tobacco is not harmful to human health or that vaccination of children causes autism, it is problematic to nominate as the leader of EPA someone who does not believe that climate change is dangerous.”

Vasi did, however, acknowledge that one of his coworkers took offense to the email, on the grounds that forwarding the petition could be interpreted as a political message, saying the objection made him realize that his email was a “mistake” and that he has already apologized to the colleague.

“In retrospect, I realize that I made a mistake when I've send [sic] the petition email to all my colleagues—honestly, I did not see it as a political issue but as a scientific one,” Vasi explained. “On a personal level, I do my best to engage people in open and meaningful discussions.”

Yet the petition continued to circulate well beyond the University of Iowa, eventually being disseminated to the entire graduate sociology department at Louisiana State University courtesy of an email from sociology professor Michelle Meyer.

“So the EPA, besides ensuring safe drinking water and air to breathe, funds a lot of community resilience and environmental justice research,” Meyer wrote.

“This appointment could be extremely detrimental to physical and social scientists,” she concludes, saying, “Not sure that the petition will work, but it only takes a second to sign.” 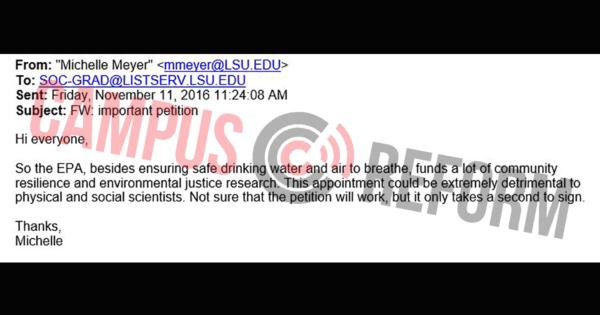 Neither Meyer nor Hoffman responded to requests for comment from Campus Reform.