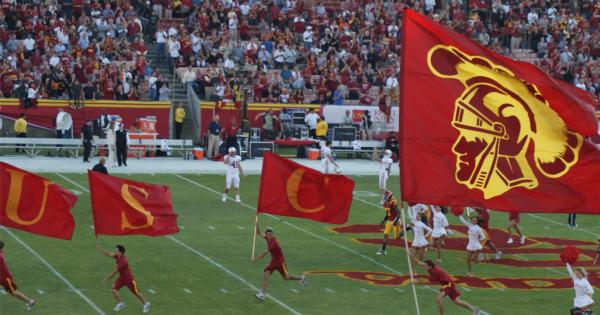 On Tuesday evening, student leaders at the University of Southern California voted to ask the administration to make the the university a “sanctuary campus” for illegal immigrants.

The measure, sponsored by student senators Paul Samaha and Kate Oh, would prevent USC from sending immigration information about students and faculty to federal officials.

"[T]he resolution did not address the possible consequences of becoming a sanctuary campus, such as the loss of federal funding."

In an 11-1 vote, the Undergraduate Student Government (USG) passed the resolution, with Senator Leena Danpour as the sole dissenting voice. The vote comes after over 5,000 people signed an online petition demanding that the school fight against “the vitriol and hate crimes that immigrants and people of color are experiencing across the nation.”

The petition, organized by Professors George Sanchez, Jody Vallejo, Manuel Pastor, and more, also “call[s] for [USC] to implement a plan to ensure that our campus is a sanctuary for undocumented students, staff, and their family members who face imminent deportation.” The petition ends with a declaration of support for all illegal immigrants and their families at USC and beyond.

Student protesters around the country are declaring their schools to be “safe spaces” for illegal immigrants following the election of Donald Drumpf, who has promised to deport those violating federal immigration law. It is unclear whether or not USC’s resolution will have any effect on the federal government’s ability to enforce immigration law.

“The reason I voted no on the Sanctuary Campus Resolution was because the resolution did not address the possible consequences of becoming a sanctuary campus, such as the loss of federal funding,” Danpour told Campus Reform.

“Losing federal funds would negatively impact USC, and there was no research done by the authors of the resolution as to how the university would be able to compensate for the possible loss of federal funds,” Danpour continued. “I think these types of resolutions politicize USG, but the bigger issue is that there are too few students speaking out against it.”

Jacob Ellenhorn, former President of USC College Republicans and a Campus Reform Contributor, told Campus Reform that “this resolution shows a complete disconnect with reality and blatant disregard for the law.”

Ellenhorn, who previously held the Senate seat occupied by Danpour, also told Campus Reform that this “isn't the first time that the student senate at USC had passed ridiculous legislation. To risk federal funds for students who need it for the sake of making a political statement shows their liberal privilege.”

The University of Southern California declined to comment for this article.