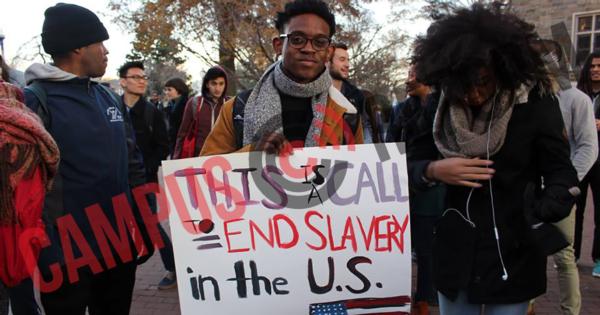 Georgetown students are urging the administration to make an “ethical endowment,” which they contend means pulling all investments from Israel, Nike, and private prisons.

On Wednesday, December 7, members of GU Forming a Radically Ethical Endowment (GU F.R.E.E.) held a rally on campus and marched to the President’s Office demanding the school cease investment in Israel and private prisons, claiming that by continuing to do so, Georgetown is “complicit in state violence.”

“Because you have refused...to vacate the office suite, you are being referred to the Office of Student Conduct.”

“The university must divest any holdings it may have in the private prison industry that profits [sic] off the mass incarceration of Black, Latinx, Native American, poor, and working class communities," declares a handbill distributed during the protest. 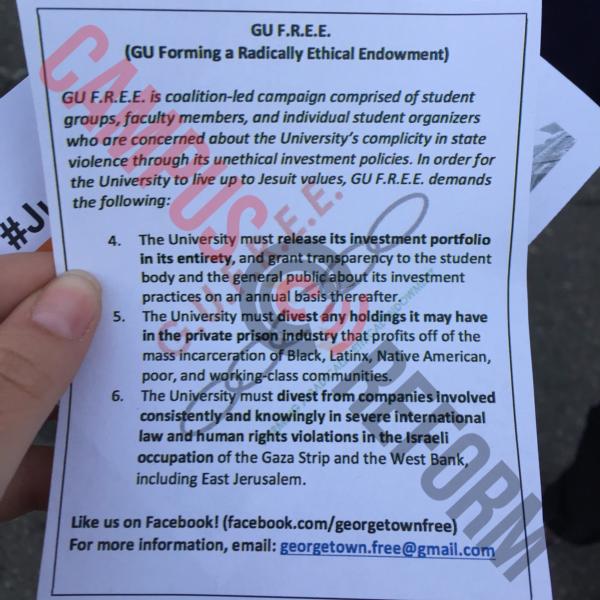 Further, the university must also divest from “companies involved consistently and knowingly in severe International law and human rights violations in the Israeli occupation of the Gaza Strip and the West Bank.”

During the pre-march rally, one student protester claimed that “Israel’s violence against Palestinian...is shameless adoption of apartheid policies.”

“When we talk about Israel on this campus we talk about, like, Tel Aviv’s thriving nightlife, about our cool birthright trips last summer,” she ranted. “How it’s the only democracy in the Middle East from the scary brown Arabs that hate gay people. There’s kind of some other things going on there.”

GU F.R.E.E., which calls itself “a coalition guided by anti-racist, queer feminist visions of liberation, intersectionality, and community,” also plugged a rally against Nike for the following day, proclaiming, “As you all may know, there is another rally tomorrow on the issue of state violence perpetrated using our dollars...That is about the issue of the Nike sweatshops.” 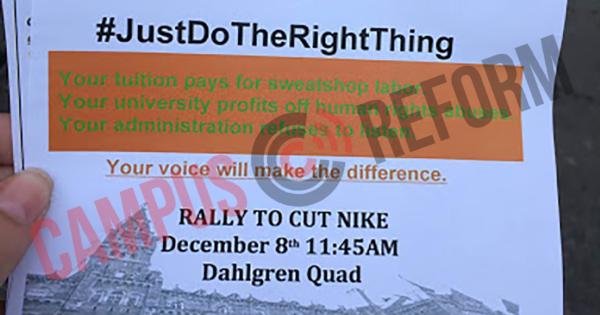 The Georgetown Solidarity Committee, the primary group protesting Georgetown’s Nike investments, hosted the anti-Nike rally Thursday, which culminated with students storming the president’s office with a list of demands and hanging a sign from the administrative building that reads, “Occupied until DeGioia cuts Nike.”

The protesters claim that Nike’s use of sweatshop labor is antithetical to the university’s Jesuit values. 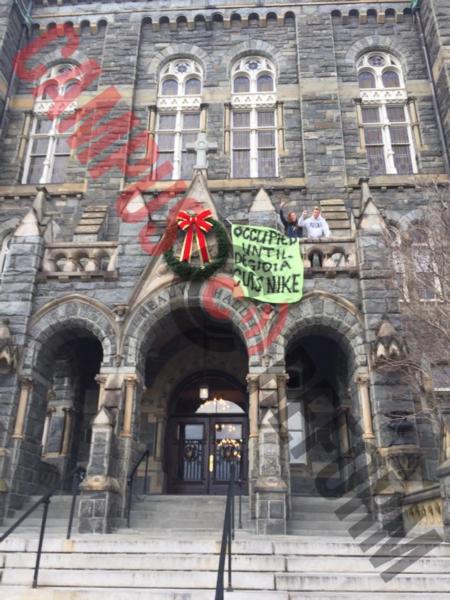 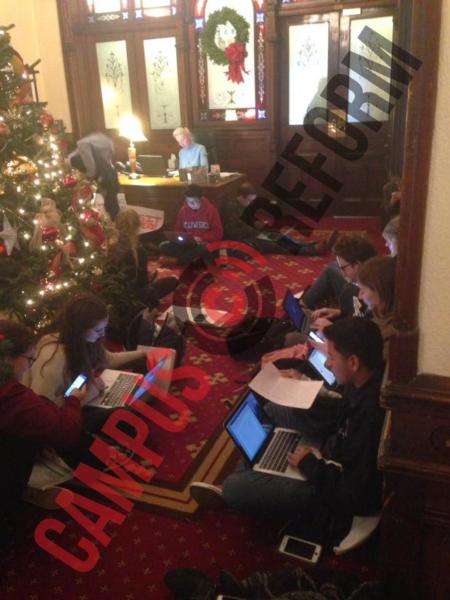 Eight students decided to continue the sit-in in the president’s office past closing hours, violating Georgetown’s Speech and Expression Policy as well as the Student Code of Conduct.

“You have been inside a private office in the President’s Office since approximately 9:45am this morning,” stated a letter to the protesters from Vice President for Student Affairs Todd Olson. “Earlier today we informed you that the office suite would close at 6pm....Because you have refused to comply with these instructions and are refusing to vacate the office suite, you are being referred to the Office of Student Conduct.” 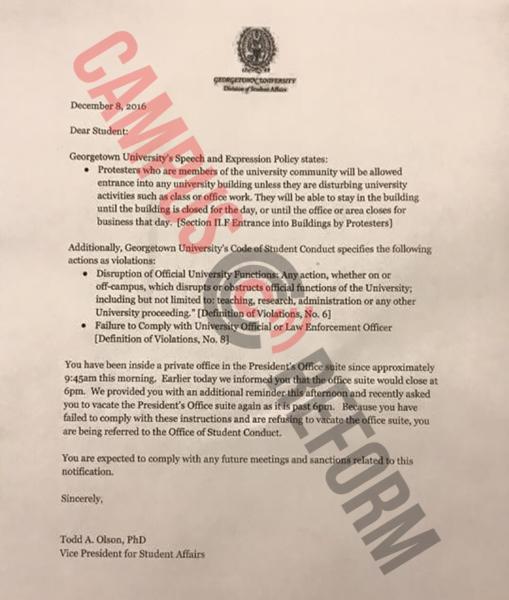 Nonetheless, the students complained that they were facing disciplinary action, writing, “How ironic that Georgetown sees it fit to punish students, who are trying to pressure the university to uphold its Jesuit values.”

The students also whined that administrators “denied [students] blankets and pillows for the night.”

GU F.R.E.E. did not respond to Campus Reform’s request for comment.