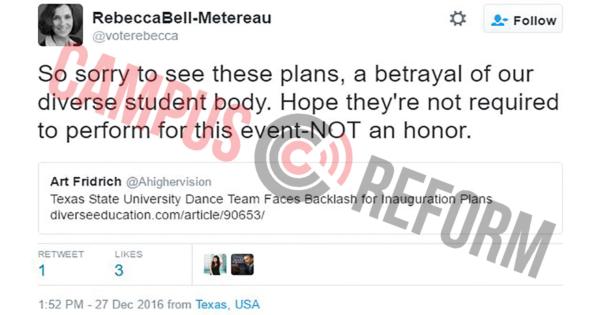 The Texas State University Strutters dance team has come under fire after announcing that it will be performing at President-elect Donald Trump’s inauguration.

Since making the announcement in a Facebook post last month, the team has received considerable backlash online, with numerous commenters accusing the Strutters of tacitly endorsing the “racist and misogynistic” views they attribute to Trump.

“How can this institution...support someone so full of hate, so mysogynistic [sic] and racist?”

One alum—who claims that her mother, grandfather, uncle, and aunt are all alumni, as well—said the team’s participation makes her “embarrassed” for the entire school, asking, “How can this institution that has been a part of [my] family support someone so full of hate, so mysogynistic [sic] and racist?” 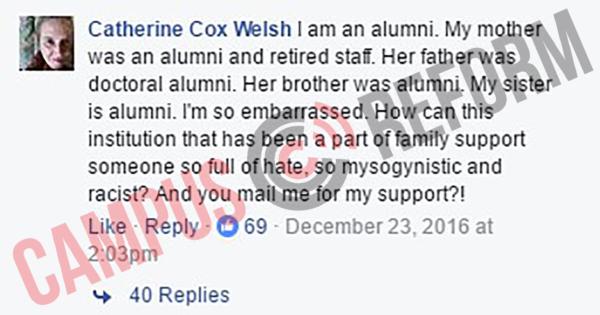 “Nothing like performing for a misogynistic, racist, homophobic, ill-tempered, emotionally-stunted, ignorant, thin-skinned child to make a group of university students feel really good about themselves,” another commenter posted, adding facetiously, “Nicely done.”

Another individual complained that some previous comments had been deleted, arguing that only “rude and disrespectful” statements can legitimately be removed and pledging to continue reposting her sentiments as many times as necessary.

“The university is showing support to a racist and misogynistic man who was elected to be our president,” the message laments. “He has proven that he has no respect for women, people of color, people with disabilities, and people of the LGBTQ community.” 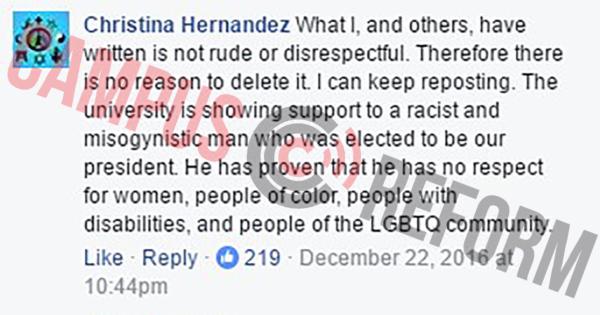 At least one professor has even weighed in, calling the team’s inaugural plans a “betrayal” of the student body.

“So sorry to see these plans, a betrayal of our diverse student body,” tweeted TSU English professor Rebecca Bell-Metereau. “Hope they're not required to perform for this event-NOT an honor.”

“Students and organizations have a right to engage in any legal activity, but many students have expressed reservations about how participation in this parade reflects on our university, given Mr. Trump's own comments about Mexicans, women, and the disabled.” Bell-Metereau told Campus Reform.

“I don't intend to bully anyone, and my comments are as a private citizen,” she explained. “I encourage all students in my classes to discuss issues in a civil and respectful way, regardless of their political views. I do not take sides but I recommend that they cross check facts, etc.”

Despite the widespread criticism, though, the Strutters are also receiving expressions of support from those who consider the team’s invitation to march in the inaugural parade an honor, regardless of whom is being inaugurated.

“To have a chance to perform in front of the nation and the president is a dream come true for any performer in any context,” Max Davis, a 2013 TSU graduate, told Campus Reform. “As a person who does not agree with Obama’s policies whatsoever, I cannot imagine declining an offer to attend any function he invited me to. The honor and opportunity would be too great”

“Regardless of whether you agree or not with Donald Trump’s proposed policies, it’s an opportunity you can’t miss,” he elaborated. “I’m proud they’ll be performing and plenty of my friends from TxSt who voted Democrat are equally proud.”