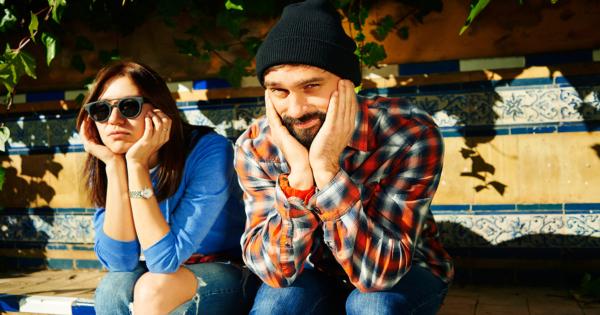 Several universities will be hosting alternative events during Donald Trump’s inauguration on January 20 for students more interested in lamenting the event than celebrating it.

The University of Connecticut, for instance, is hosting “The People’s Inauguration,” where students and faculty will come together to share poems, songs, and personal stories as they “stand up for the values of human rights, justice, and solidarity.”

“Join [us] as we stand up for the values of human rights, justice, and solidarity.”

“Our goal [is] to provide a space and time on Inauguration Day for members of the UConn Community to come together, listen to each other, and reflect on the values that make our University ours,” the event description states [emphasis in original]. ”Students, faculty, staff, and anyone who considers themselves a part of the UConn community are invited to attend and share a short reading (maybe an excerpt from the Universal Declaration of Human Rights), poem (maybe Langston Hughes’ Let America Be America Again), performance (maybe something like this piece), or story (maybe your story).”

Mark Overmeyer-Velazquez, director of UConn’s El Instituto and an associate professor of history, told Inside Higher Ed that the purpose of the event is to promote social justice, human rights, and inclusion, claiming it “is not meant to be an anti-Trump protest, but rather a positive, proactive way to focus our community as one of solidarity and progressive values.”

The University of Richmond will also be hosting an inauguration-themed panel discussion on Jan. 19 called “Anticipating the Trump Presidency” intended to soothe fears students may have regarding the policies of the incoming administration.

“What we’re hoping is that some facts and perspective on what new presidents can and cannot do—and the realities of the executive branch—will help people understand that changes in their lives will not be so radical as media seem to suggest,” explained Stephen Long, an associate professor of political science and international studies at the university.

The event description calls it “a day of resistance and rebuilding, an event designed to reconnect and reinvigorate our community by sharing resources and opportunities for political and social action and by celebrating our strengths, our power, and our voices.”

Meanwhile, the Student Press Law Center will be holding a “Ball of Rights” event the evening before Trump’s inauguration dedicated to “protecting the Constitution against whatever the next four years may bring,” describing it as “an unabridged celebration of the First Amendment.”

“We came up with the idea for a ‘First Amendment ball’ as kind of a lighthearted response to all of the vitriol that's been directed at journalists over the course of the past year,” SPLC Executive Director Frank LoMonte told Campus Reform, noting that “the First Amendment benefits all of us—it has no party and no ideology.”

“We want to give people who believe in a free press and free speech everywhere—including in schools and colleges, where it's needed most—a chance to come together and make a statement that there's still plenty of life left in the First Amendment, as much battering as it's taken lately,” LoMonte explained. “We're very studiously nonpartisan and non-ideological and we're welcoming anyone who happens to be in town for the festivities, whether that's to celebrate the new president or march against him.

Campus Reform reached out to professors and faculty associated with the other events, but did not receive a response in time for publication.