Profs pledge to 'use regular class time' to protest Trump 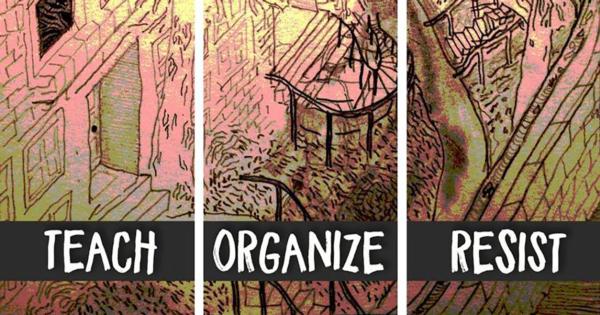 A national “teach-in” movement is asking professors to set aside class time between Martin Luther King, Jr. Day and the presidential inauguration to “protest” oppression and challenge “Trumpism.”

The movement, known as “Teach, Organize, Resist,” is set to kick-off on January 18, strategically “poised between Martin Luther King Jr. Day and the presidential inauguration” as an explicit means of “challenging Trumpism.”

“Use your regular class time to attend a panel with your students.”

“Transform your classrooms and commons into spaces of education that protest policies of violence, disenfranchisement, segregation, and isolationism,” the organizers urge educators on the movement’s homepage, clarifying elsewhere on the site that participation “is an opportunity to affirm the role of critical thinking and academic knowledge in challenging Trumpism.”

“On that day, we intend to teach about the agendas and policies of the new administration, be it the proposed dismantling of economic and environmental regulations or the threatened rollback of the hard-won rights that form the fragile scaffolding of American democracy,” a description for the teach-in explains, later accusing Trump of institutionalizing “white supremacy” and allegedly proposing the “expansion of state violence targeting people of color” and other marginalized groups.

“On that day, we intend to organize against the proposed expansion of state violence targeting people of color, undocumented people, queer communities, women, Muslims, and many others,” the description continues. “On that day, we intend to resist the institutionalization of ideologies of separation and subordination, including white supremacy, misogyny, homophobia, Islamophobia, and virulent nationalism.”

The movement, which has been spreading on social media under the hashtag “J18,” was started by “departments, centers, and collectives at UCLA,” but has since amassed the support of 18 other institutions, many of them public.

Professors at the University of California, Santa Barbara, for instance, are asking “all UCSB faculty to actively support” the teach-in, even suggesting that they “insert a note” about it in syllabi or “use your regular class time to attend a panel with your students.”

Those professors who elect not to require their students to attend the events, however, are still asked to “not penalize students for a missed class if they intend to attend panels.”

Scripps College, on the other hand, will be hosting a teach-in on “conservatism and right wing movements,” which will discuss Republican “strategies and tactics of mobilizing support, producing consent, and fragmenting opposition” in order to “help fellow students understand our present political moment.”

Other prestigious institutions, including Princeton University and the University of California, Berkeley, are also among the 17 American institutions participating (two others are foreign, and another is the American Anthropological Association). All told, nine of the participating schools are public, and a total of 46 teach-ins are currently scheduled to take place.

“Let it be known that on #J18 and beyond, universities, colleges, and high schools refused to bear silent witness to the politics of hate and fear; that in these times, these places of teaching and learning not only served as a sanctuary for its students and workers but also stood up to proclaim the power of knowledge on the frontlines of social justice,” the organizers declare optimistically.