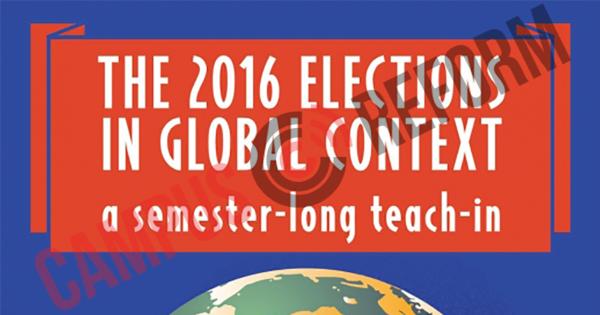 This semester, the University of California, Berkeley is offering an entire class devoted to dissecting the “cognitive dysfunctions,” “xenophobia,” and “fascism” of Donald Trump.

During the spring semester, students who take Interdisciplinary Studies 198, a directed group study course that changes topics with each iteration, will attend a semester-long examination of Trump’s electoral victory called The US Election of 2016 in Global Context: A Semester-Long Teach-In.

“I would hope that even those people that are favorable toward Trump are concerned about his presidency.”

Students will, for example, question whether Trump’s victory was the result of “an old wine of nativism, populism, white nationalism, or even fascism deployed in a new global bottle,” or if the victory was due more to phenomena like “false news” or the revolt of the working class against “globalization, multiculturalism, and identity politics.”

ISF Director and History Professor Peter Sahlins, the course creator, told Campus Reform in a phone interview that “the teach-in is deliberately constructed as a project in interdisciplinary inquiry.”

As such, the course will not be taught exclusively by Sahlins, but rather will feature a number of UC Berkeley professors, including “a psychologist [who] will query the racist and cognitive dysfunctions produced by Trump,” an immigration lawyer who will discuss “the xenophobia of Trump’s campaign” and an economist who will touch on mitigation of the impending “climate catastrophe.” 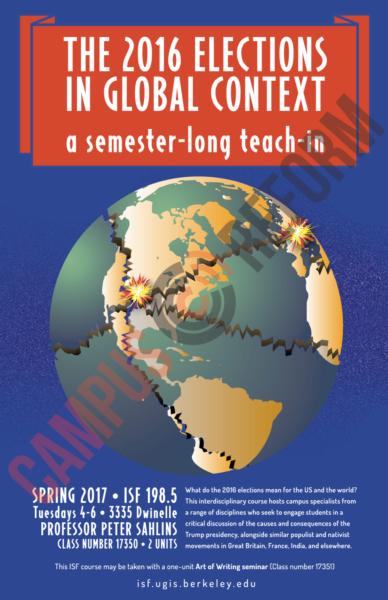 Sahlins said he felt obligated to create the course when he saw the election results on November 8, calling it a course that “must be done” because of the concerns surrounding a Trump presidency.

When asked if any pro-Trump professors would be participating, Sahlins said he did not know the particular opinions of all participants, but assured Campus Reform that the class “is not intended as a platform for people to air their political opinions.”

“I would hope that even those people that are favorable toward Trump are concerned about his presidency,” Sahlins explained. “I can’t imagine a rational creature on the face of this earth that would not be concerned at some level.”

Dylan Riley, a Sociology professor at UC Berkeley and confirmed course participant, echoed the sentiment, saying, “In this context it’s very important that you keep firmly in mind how unexpected the electoral outcome was and therefore how natural it is that people are concerned to explain this.”

Each class will be two hours long, with the first hour dedicated to lecture and the second to small group discussions. Students will also write 500 words per week on a private class blog throughout the two-credit pass/fail course.

The University of California, Berkeley did not respond to a request for comment, but Sahlins said that The US Election of 2016 in Global Context has the “full endorsement of the university.”