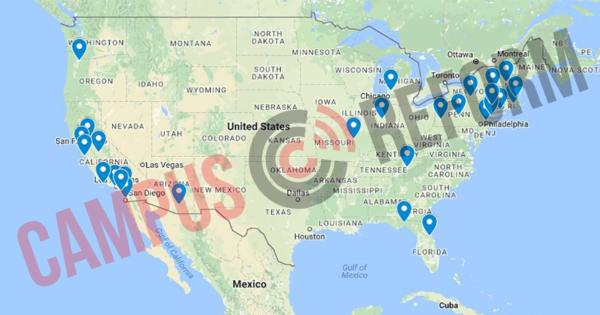 College administrators wasted no time in condemning President Donald Trump’s controversial executive order, with several of the nation’s most elite schools coming out against it.

At Purdue University, for instance, President Mitch Daniels (former Republican Governor of Indiana) attacked Trump’s immigration crackdown as a “bad idea” that has been “poorly implemented.”

“This executive order is contrary to the values we hold dear as leaders of the University of California.”

“The President's order related to immigration is a bad idea, poorly implemented, and I hope that he will promptly revoke and rethink it,” he asserted. “If the idea is to strengthen the protection of Americans against terrorism, there are many far better ways to achieve it.”

Similarly, seven of the eight Ivy League schools, excluding only the University of Pennsylvania, issued statements on the matter over the weekend, with Harvard University’s president calling the blowback from Trump’s order “palpable and distressing.”

“Amid this widespread doubt and unease, we will continue to insist that policymakers take full account of how fundamentally our universities depend on the ability of people to travel across borders without undue constraint,” she wrote, urging President Trump to address her concerns “without delay.”

Meanwhile, Yale University’s president blasted the executive order as a departure from “long-standing policies and practices in our country,” though Trump recently issued a statement calling such claims a mischaracterization of his policy.

“My policy is similar to what President Obama did in 2011 when he banned visas for refugees from Iraq for six months,” Trump wrote. “The seven countries named in the Executive Order are the same countries previously identified by the Obama administration as sources of terror.”

Nonetheless, Yale President Peter Salovey suggested that he and his colleagues were “alarmed by this executive order,” calling for the“swift reversal of these measures” that “undermine our nation’s core values.”

Notably, every chancellor in the University of California system also signed their names to a joint statement issued by the system’s president, Janet Napolitano, who told her students that she was “deeply concerned by the recent executive order.”

“While maintaining the security of the nation's visa system is critical, this executive order is contrary to the values we hold dear as leaders of the University of California,” she stated. “It is critical that the United States continues to welcome the best students, scholars, scientists, and engineers of all backgrounds and nationalities.”

In addition to signing the joint statement, the University of California, Berkeley’s chancellor, Nicholas Dirks, elected to issue a follow-up statement of his own in which he offered “mental health services” for students “struggling with the emotional and psychological dimensions of this unfolding situation.”

Similarly, the University of Tennessee, Knoxville encouraged students in need of "additional support" to contact the Dean of Students Office where they could discuss their “confusion and anxiety,” The Volunteer Review reports.

In total, Campus Reform has found that at least 31 institutions across the country have come out against Trump’s executive order, with most of them concentrated along the East and West coasts—a pattern that Campus Reform has repeatedly observed with past trends.

This story will continue to be updated if and when other schools issue a statement on the matter.