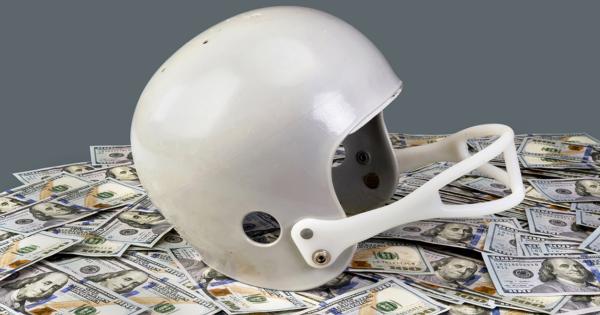 The National Labor Relations Board’s general counsel said this week that football players at private universities are employees, and should be protected against “unfair labor practices.”

Inside Higher Ed reports that Richard Griffin sent a memorandum to the NLRB’s regional directors Tuesday declaring that “scholarship football players in Division I Football Bowl Subdivision private-sector colleges and universities are employees,” opening the door for football players at private institutions to campaign for their own interests as employees, which may include asking for pay without fear of retaliation.

"Students who participate in college athletics are students, not employees."

The NLRB previously declined to give a ruling in 2015 on whether football players at Northwestern could form a union, and while the new memo does not overturn the previous declaration or function as a law, Ramogi Huma, who led the union organization efforts at Northwestern, is optimistic.

"It's definitely historic," Huma told Inside Higher Ed. "By declaring that these athletes are employees, the general counsel is saying that his office is committed to protecting college athletes' employee rights under the labor laws, and I think that can't be understated. It's what the players at Northwestern set in motion, and this is a major milestone."

In the most recent memo, Griffin claims that by not asserting jurisdiction in the Northwestern case, the NLRB “expressly declined to resolve the issue of whether college football players are employees under the NLRA,” and steps in himself to fill the void by declaring that football players at private FBS schools “clearly satisfy the broad definition of employee and the common-law test.”

“Scholarship football players should be protected [by the NLRA] when they act concertedly to speak out about aspects of their terms and conditions of employment,” Griffin explains. “This includes, for example, any actions to: advocate for greater protections against concussive head trauma and unsafe practice methods, reform NCAA rules so that football players can share in the profit derived from their talents, or self-organize.”

He then concludes unequivocally that “Division I FBS scholarship football players are employees under the NLRA, and that they therefore have the right to be protected from retaliation when they engage in concerted activities for mutual aid and protection,” adding, “it is our hope that by making our prosecutorial position known, we will assist private colleges and universities to comply with their obligations under the act.”

Griffin was appointed as general counsel to the NLRB by President Obama in 2013, and his term expires in November. Donald Remy, the NCAA's general counsel, said that the recent memo is not binding, and could be reversed under Griffin’s successor.

"The NLRB previously decided that it would not exercise jurisdiction regarding the employment context of student-athletes and their schools," Remy said. "The general counsel’s memo does not change that decision and does not allow student-athletes to unionize. Students who participate in college athletics are students, not employees."

Campus Reform reached out to the NLRB for comment, but did not receive a response in time for publication.