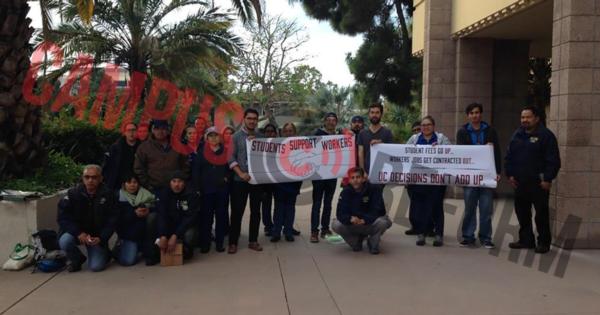 The University of California, Irvine’s student government recently demanded “sanctuary” for all illegal immigrant students “regardless of criminal convictions.”

The letter, signed by President Tracy La and other members of the executive cabinet in support of recent actions taken by the system’s employee unions, calls for Governor Jerry Brown to declare California a “sanctuary state,” while demanding that “all immigrants, regardless of criminal convictions” be protected under such a policy.

“We demand that you immediately declare all University of California campuses...formal sanctuaries.”

In a similar vein, the letter also calls for decreased “criminalization” on campus, meaning placing a limitation on the “offenses that are subject to arrest by UCPD” and “the circumstances in which students, staff, and others are turned over to outside law enforcement.”

“We are a coalition of University of California student organizations and unions committed to see all UC campuses, medical centers, the Lawrence Berkeley National Laboratory (LBNL), and all other parts of the UC System become robust sanctuaries for undocumented immigrants and other communities targeted for repression by the Trump Administration,” the letter explains before outlining a list of 13 proposed policies, including the prohibition of “riot police, SWAT teams, or other militarized forces” at campus protests, and an increase in “counseling and legal services” for marginalized populations.

Notably, the set of demands also suggests the implementation of “training programs” on “sanctuary status provisions, the reporting and investigation of incidents, UndocuAlly, de-escalation intervention techniques, and restorative justice,” though it provides no details on whether such trainings would be mandatory for students and staff.

The demands were apparently sent to the UC System president, Janet Napolitano, and were hand-delivered to several other administrators by a group of protesters, according to AFSCME 3299’s Facebook page, which is one of the system’s largest employee unions.

“While we are encouraged by the initial step you have taken in this direction in releasing ‘principles in support of undocumented members of the UC Community,’ your principles fail to include certain basic provisions—within the University’s purview—to protect all immigrants,” the letter contends, listing several shortcomings, including the system’s failure to protect immigrants with criminal records and disregard potential losses of federal funding.

UC-Irvine student Koosha Azartash, however, told Campus Reform that he disagrees with the letter’s proposals, noting that “as a recent immigrant to the United States,” he respects “our history of immigrants into this country,” but disagrees with the union “on the case for those with criminal convictions.”

Nonetheless, AFSCME 3299 and the UC-Irvine Student Association are sticking to their guns, saying they “look forward” to the system’s “swift commitment to all the above protections in the form of a robust sanctuary declaration.”

Campus Reform reached out to AFSCME 3299 and the UC System for comment, but neither responded by the time of publication.