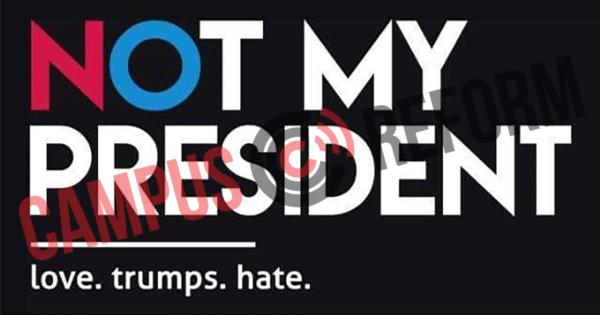 According to a copy of the demands obtained by Campus Reform, student protesters at the College of St. Benedict and Saint John’s University are demanding “input on the decision of who scholarship funding goes to and how much,” while also requesting that a discussion of “whether or not [professors] are taking steps toward diversity and inclusion” be incorporated into faculty reviews.

“Whether you like what people say or not, they have the right to say it, even if it offends you.”

The ultimatum reportedly comes in response to an incident captured in a less than six-second video that surfaced Sunday afternoon, in which a group of Trump supporters began chanting “Build that wall” on a commuter bus.

Public outcry over the incident prompted the school to launch an investigation into the matter, and naturally caused a protest on campus Tuesday, wherein aggrieved students presented their demands to the school’s administration. 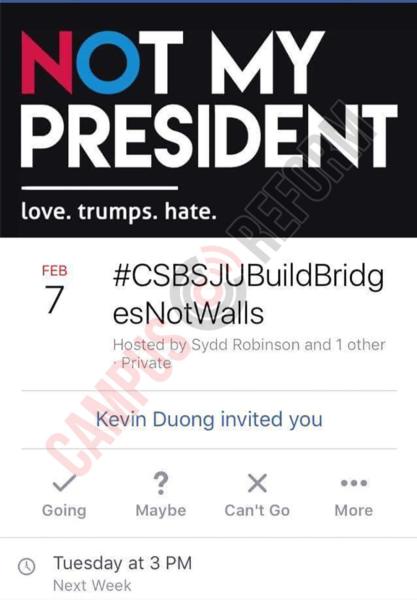 “We, the students of CSBSJU, can no longer be complacent; we will not be silent,” the airing of grievances begins, claiming that “there have been repeated accounts of disrespect to individuals, specifically students of our ‘community’” and calling for a public “acknowledgement” from school administrators by Friday. 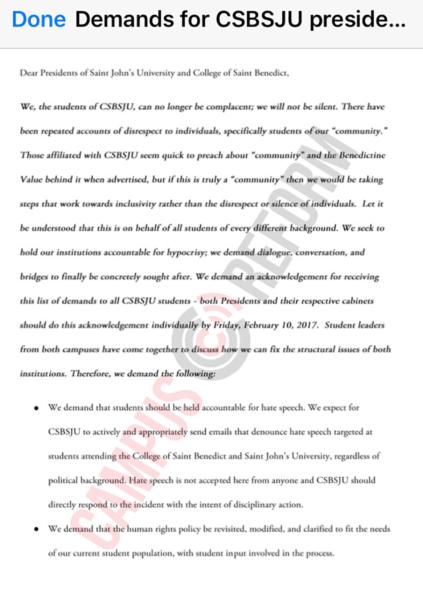 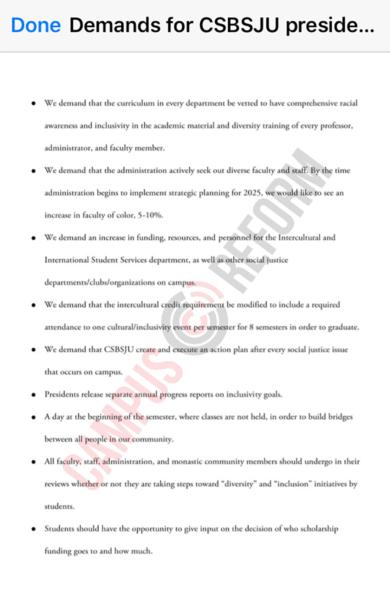 Among the demands are calls for a school-wide curriculum overhaul, which would require “every department” to be “vetted” for “comprehensive racial awareness and inclusivity in [their] academic material,” plus a mandatory “diversity training of very professor, administrator, and faculty member.”

The ultimatum, sent out by student leaders of the Cultural Affairs Board on campus, also calls for an expansion of the university’s “intercultural credit requirement” to include attendance at “one cultural/inclusivity event per semester for 8 semesters in order to graduate.”

Other demands, all of which were sent out to the entire student-body, include calls for the creation and execution of “an action plan after every social justice issue that occurs on campus,” an “annual progress report on inclusivity goals” from school administrators, and even the cancellation of all classes on the first day of each semester “in order to build bridges between all people in our community.”

Although it appears the school has yet to formally respond to the demands, at least one administrator, Doug Mullin, has addressed them, saying the “challenge for us is building dialogue in the midst of a campus and a country where people are really divided from each other.”

Notably, the school’s College Republicans chapter was invited by organizers of Tuesday’s protest to attend, with a post left on the group’s Facebook page reassuring CR members that even “white conservatives are welcome.” 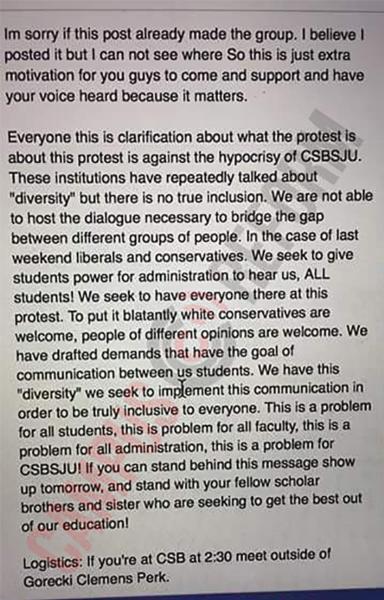 One member of the school’s College Republican chapter, Madison Morris, though, pointed out the obvious, noting that “chanting ‘build a wall’ does not make someone a bad person.” 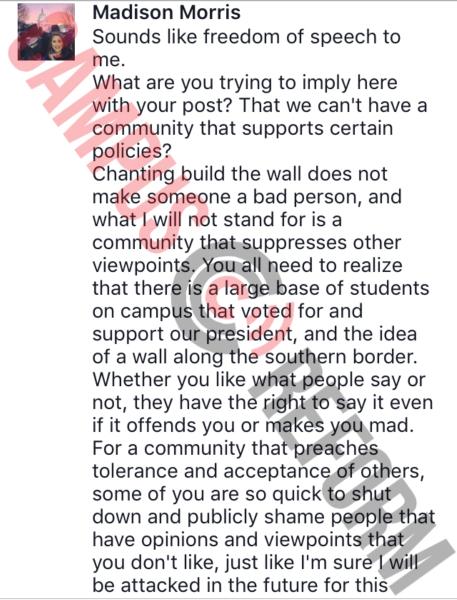 “Sounds like freedom of speech to me,” she said in a Facebook post. “What are you trying to imply here with your post? That we can’t have a community that supports certain policies? Whether you like what people say or not, they have the right to say it, even if it offends you or makes you mad.”

Campus Reform reached out to Saint John’s University for comment on how the administration plans to respond, but did not receive a response in time for publication.