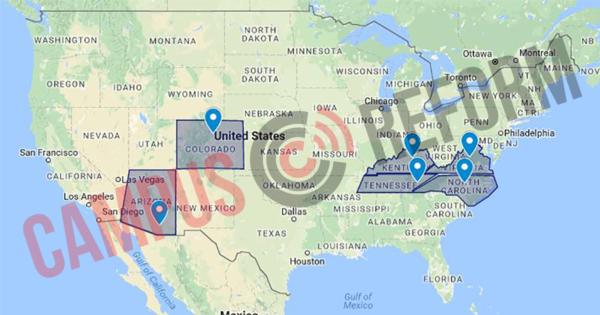 State legislators across the country are speaking out against the numerous attempts by college administrators to limit and attack students’ free-speech rights.

Campus Reform has identified at least seven state legislatures that are considering legislation that would definitively prevent public universities from placing unreasonable restrictions on the right to free expression.

“We should take seriously the need to ensure that student rights are respected. This legislation ensures that.”

In Tennessee, for example, Republican state rep. Martin Daniel introduced a bill Thursday that would ensure that “public universities allow all types of speech,” nicknaming the resolution “The Milo Bill” after famed journalist and provocateur, Milo Yiannopoulos, whose campus events are repeatedly shut down and even cancelled by student protesters.

“There was a time, not too long ago in fact, when the Milo bill was not necessary,” Yiannopoulos observed in a statement reacting to the bill. “Colleges and universities existed to challenge cherished ideas, foster a culture of free expression and develop in students a robust ability to reason and compare different ideas. But that time has passed.”

Meanwhile, North Carolina Lieutenant Governor Dan Forest has pledged to “work with members of the General Assembly to pass” a bill known as the “Restore Campus Free Speech Act,” which would “nullify any restrictive speech codes” on campus.

According to a Tuesday press release, the bill would even include a provision that “allows anyone who has had their free speech rights infringed to sue the university and recover courts costs and attorney fees,” while also requiring all students to attend a session on free speech during freshman orientation.

A Virginia House Bill introduced in January would extend similar provisions to anyone speaking on a college campus, declaring that “no public institution of higher education shall abridge the freedom of any individual, including enrolled students, faculty and other employees, and invited guests, to speak on campus.”

Additionally, the Kentucky General Assembly is currently considering a bill, HB 127, that would define any “outdoor areas of an institution’s campus” as “traditional public forums,” effectively eradicating free speech zones from the state.

Inspired by the General Assembly’s effort, Eastern Kentucky University’s student government passed a bill Wednesday endorsing HB 127 and calling on student governments at other universities in the state to do the same.

“The bill passed unanimously after discussion of how EKU was the only green light school and that we should encourage other student government associations to work to make their schools green lighted as well,” Executive Vice President Sebastian Torres told Campus Reform, referencing the green-yellow-red categorization that the Foundation for Individual Rights in Education uses to classify the constitutionality of speech policies at colleges and universities.

“We should all take seriously the need to ensure that student rights are respected,” Torres asserted. “This legislation ensures that.”

Campus Reform recently reported on two similar bills out of Colorado and Arizona, both of which would likewise abolish free speech zones on public campuses, with Illinois representative Peter Breen filing a bill that would require all public institutions to adopt a "policy on free expression" and mandate all school boards to publish an annual report "on free speech activity" on campus, according to a press release obtained by Campus Reform.

In total, at least seven states could pass measures protecting students’ First Amendment rights on college campuses by the end of the year, though that number will likely increase since the Heritage Foundation recently produced model legislation dealing with campus free speech in collaboration with Stanley Kurtz, who is working with state officials to get such provisions passed.