Clemson profs no longer hungry, but still mad at Trump 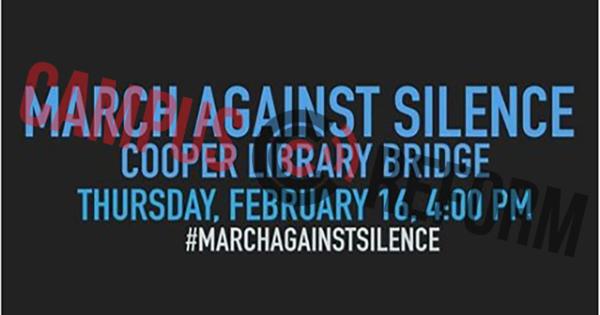 The objective of the hunger strike, according to a press release labeling the executive order as a “Muslim Ban,” was to pressure Clemson University to publicly condemn the executive order, and the challenge was issued once it became clear that the university would demur.

in An Open Letter: Invitation to debate Clemson’s position on the Executive Order, professor Todd May directly challenges Clemson President James Clements and Provost Robert Jones to a public immigration debate, saying, “I look forward to hearing from you and to setting up a debate that I believe will be of surpassing interest to the students, faculty, staff, and alumni of Clemson University.”

Professor Mike Sears, who joined the protest Monday, was recently embroiled in controversy for verbally assaulting several Clemson students, according to Red Alert Politics. During a political event featuring cut-outs of President Trump and Vice-President Pence on Clemson’s library bridge, Sears told students, “F-ck off, he’s not my president,” and proceeded to flip them off. Sears later apologized for his actions, stating, “I responded inappropriately.”

In the week leading up to the hunger strike, flyers featuring refugees in distress were posted across Clemson’s campus, all sporting the word “DENIED.” Many of the flyers were posted in locations prohibited by the University’s posting policy. Some flyers, ripped down in disgust, even featured discolored corpses and warzone injuries according to one source. 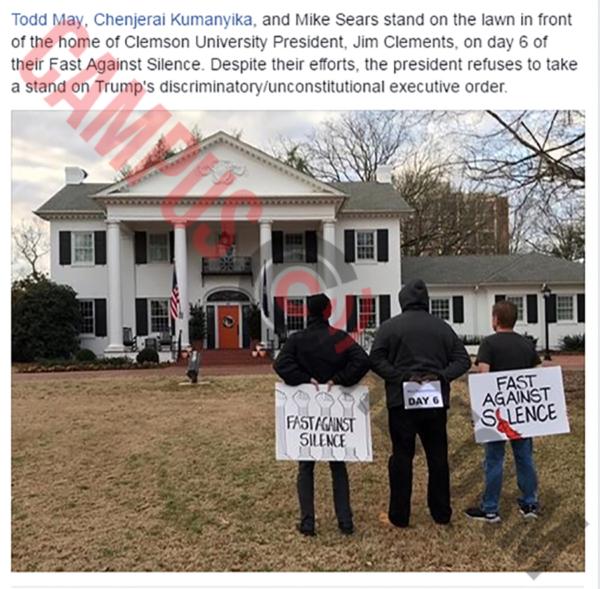 The hunger strike, featured in front of Clemson’s prominent Sikes Hall, continued throughout the weekend. Professors Kumanyika, May, and Sears travelled to Clemson President Clements’ house, standing on his front lawn with their posters, stating, “the president refuses to take a stand on Trump's discriminatory/unconstitutional executive order.”

As the hunger strike concluded Sunday morning, the three professors occupied Sikes Hall once more. This time, however, their signs, instead of reading “Fast Against Silence,” now bore the moniker, “March Against Silence.” 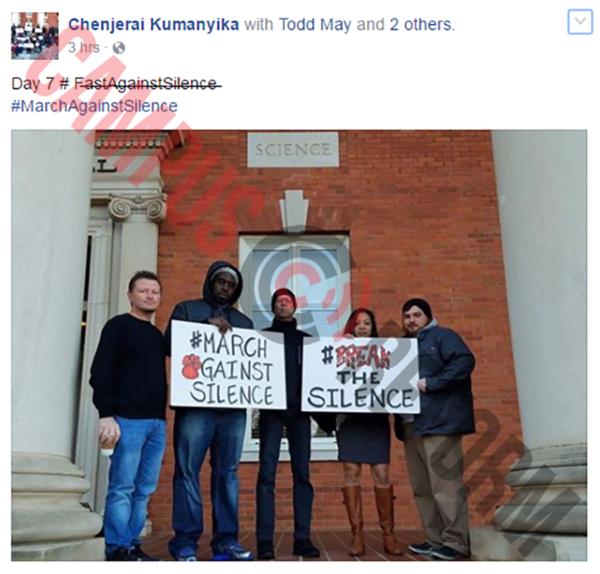 The March Against Silence will take place the afternoon of Thursday, February 16, beginning at Clemson’s Library Bridge and ending at Sikes Hall.