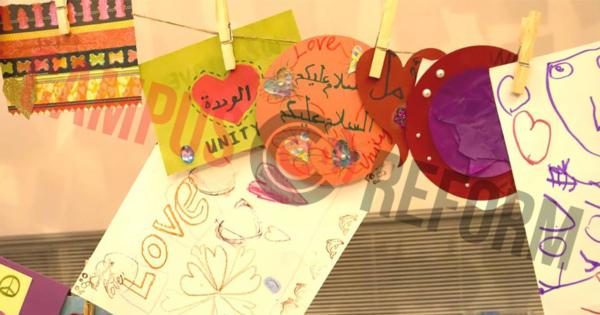 The Massachusetts College of Art and Design recently hosted an event for children to make Valentine’s Day cards “against Islamophobia” and invited their families to make donations against Trump’s recent executive order on immigration.

“Some people don’t like them and we want to cheer them up.”

According to MassArt’s website, more than 150 children and adults showed up to To Islam, With Love, a February 5 card-making marathon at the school where children could copy “phrases of love” in Arabic to show their support for Islam.

“This is how we love our neighbors!” states the eventbrite page for To Islam, With Love. “We'll be crafting with rubber stamps, veggie stamps, finger paints, collage papers, fabric, stencils, and more. Come through MassArt and get inspired with kids in creative action!” 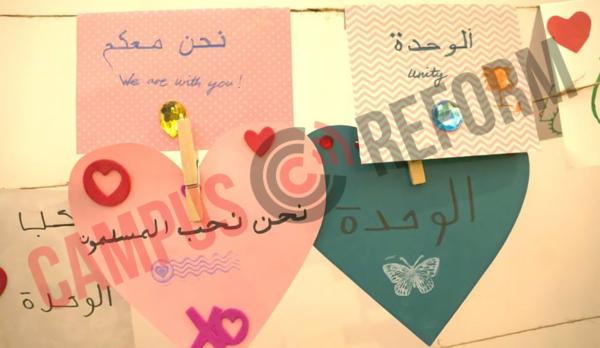 MassArt told Campus Reform that in addition to providing space for the event, they also provided art materials.

Most of the children who attended the event were under 10 years old, but the parents who brought them said they felt obligated to make their Muslim neighbors feel welcome in the community, according to The Boston Globe.

“I don’t think they’re ever too young to teach empathy and support for others,” explained Lisa Ballew, who attended the event with her two children.

Her 4-year-old-son echoed his mother’s sentiments, telling the Globe that he wanted to make cards for Muslims “because some people don’t like them and we want to cheer them up.”

A handout at the event listed “phrases of love” written in Arabic for kids to copy onto their cards, including “we are with you” and “all as one; all of us together.” 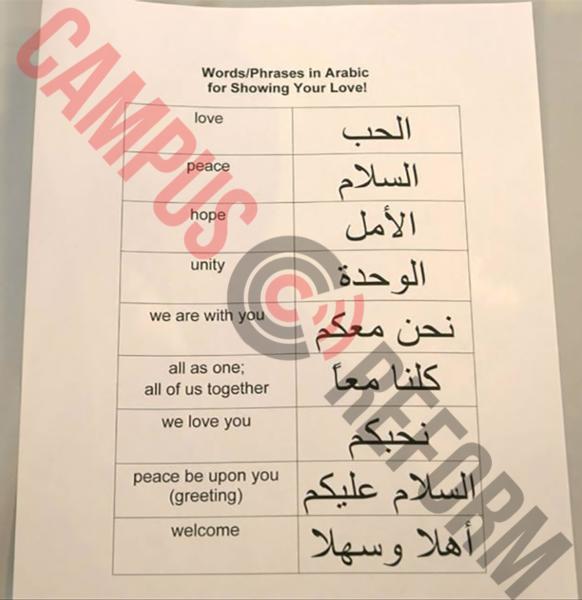 In addition to having their children make cards, the sponsors of the event encouraged parents to make donations to the Muslim Justice League and the Islamic Society of Boston Cultural Center so that those organizations could help people “targeted by the executive order on immigration.”

MassArt insisted, however, that the event was not a “fundraiser,” calling it a “free, community art-making gathering” intended to “show friendship to [the families’] Islamic neighbors.”

“To Islam, With Love was a community art-making event created by an organization called Wee the People, and the Islamic Society of Boston Cultural Center was the beneficiary of the valentines created there,” MassArt told Campus Reform. “As a free, community art-making gathering, it attracted many families, who chose to bring their children to make valentines and to show friendship to their Islamic neighbors. The MassArt-hosted event was not a fundraiser."

Along with MassArt, the event was cosponsored by “Wee the People,” a group that describes itself as an “arts-based series of programming and events for kids exploring social justice and the power of protest.”