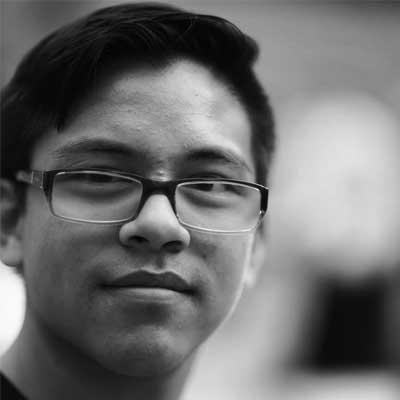 Elias Atienza Fact Check Reporter at the Daily Caller @AtienzaElias on Feb 23, 2017 at 9:21 AM EDT 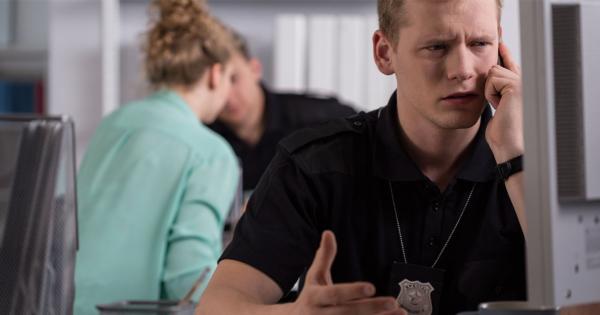 University administrators in California are urging students and faculty to contact campus police if government officials ask for information about immigration status.

The memo was promptly shared with students by both CSU President Karen Haynes and California Polytechnic University President Jeffrey Armstrong, both of whom called attention to the same portion of White’s memo.

After acknowledging that the evolving federal policy is “complex” and that “we do not have information indicating that stepped up enforcement will focus on our campuses,” White advises anyone “who is approached while on campus by federal, state or local officials asking for information or documentation regarding immigration status, to immediately contact the University Police Department,” which he says will act as a “liaison” while coordinating with the Office of the General Counsel “to provide guidance, references, and resources.”

CSU President Haynes singled out that section of the memo in a brief statement later that day, adding that while on campus, University Police can be reached by dialing 911 from any landline.

“I remain committed to our values and guiding principles as a University, which compel us to respect and model the diversity of our region within a context of social justice, to strive for educational equity, and to promote a fair and open environment for the exchange of ideas,” she concludes her message.

Armstrong likewise forwarded White’s memo to the Cal Poly community, again highlighting the request that individuals contact campus police if they are approached by government officials with questions about documentation or immigration status, and providing the 10-digit number for Cal Poly’s police dispatch. 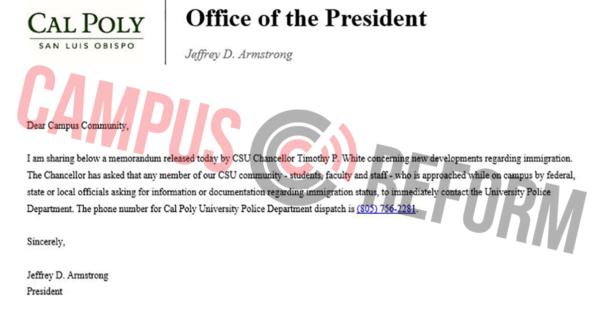 In addition to CSU’s sanctuary campus designation, both Armstrong and White are among the more than 600 university chancellors and presidents to have signed a letter written by Pomona College President David Oxtoby urging government officials to uphold the Deferred Action for Childhood Arrivals (DACA) program.

White acknowledges in his memo that the new Homeland Security guidelines do not affect DACA, making clear that the program “remains in full effect,” but claims there is still cause for concern about federal immigration matters because “DACA status is applicable to many, but not all, of our students who lack immigration documentation.”

He also makes clear, however, that the university is limited in what it can do to protect illegal immigrant students, and could be legally required to cooperate with immigration authorities.