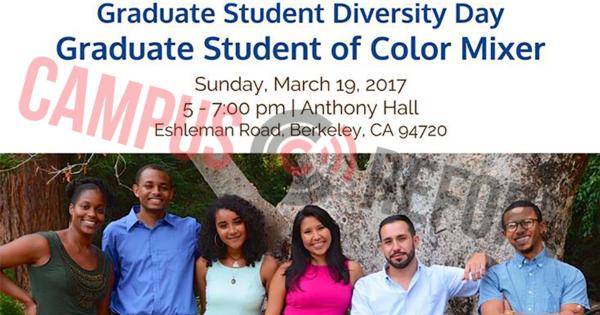 The University of California, Berkeley’s Graduate Assembly routinely hosts exclusive social events for “students of color,” spending tens of thousands of dollars on the initiative.

Campus Reform has observed that the Graduate Assembly’s “Minority Student Project” in conjunction with its “Minority, Outreach, Recruitment, and Retention Project” have hosted at least nine such events this academic year alone, using an approved budget of $17,150 and $16,700 respectively to host events, provide meals, and pay $9,900 stipends to “Project Coordinators.”

“Bring down the overwhelm in good company.”

Notably, roughly 69 percent of the Graduate Assembly’s budget comes from student fees, though many events hosted by the Assembly and its subordinate committees are not actually open to all Berkeley graduate students.

In March alone, the Graduate Assembly’s subcommittees planned at least three events explicitly for “graduate and undergraduate students of color” only, including a “rare opportunity” to see a live dance performance at a discounted price, an upcoming “student of color mixer” featuring a live D.J., and even a “Grads of Color Study Hall” where students can “bring down the overwhelm in good company” while enjoying dinner, snacks, and caffeinated beverages. 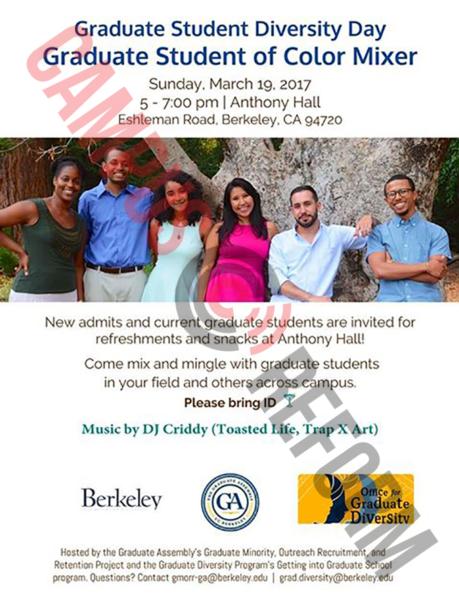 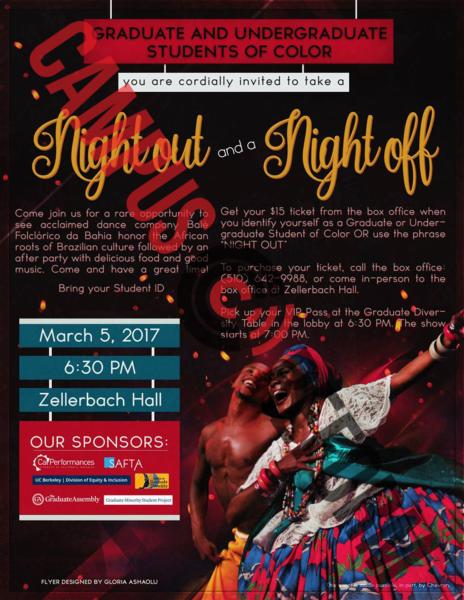 In fact, the “Grads of Color Study Hall” appears to be a semi-regular tradition, with previous offerings in September, October, December, and February.

Despite the existence of the Minority Student Project and the Minority, Outreach, Recruitment, and Retention Project, which receive a combined total of $33,850 in funding, Berkeley’s Graduate Assembly also funds a “Women of Color Initiative,” which receives a whopping $54,110 in funding, according to a copy of the budget available on the Assembly’s website.

The rest of Berkeley’s female grad students, meanwhile, are supported by the “Grad Women’s Project,” which was given a $15,400 budget for the current academic year.

Notably, the Graduate Assembly’s commercial budget account also lists Executive Board allocations of $20,000 for alcohol and another $15,000 for a “boat cruise,” neither of which appeared in the budget prior to the 2015-2016 academic year.

Campus Reform reached out to the president of the Graduate Assembly for an explanation of the apparently lavish spending, as well as for comment on the Assembly’s exclusionary programming, but did not receive a response in time for publication.