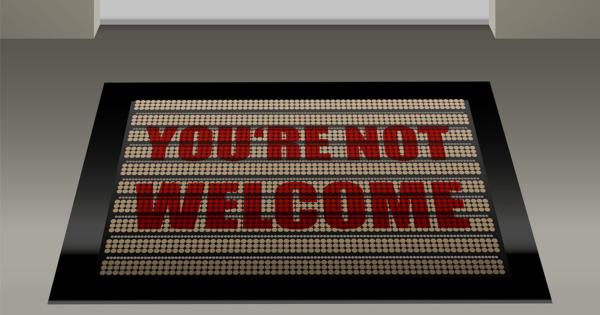 A group of Wellesley College professors recently sent a campus-wide email arguing that bringing controversial speakers to campus can cause grave harm to students.

The full letter, which was obtained and published by the Foundation for Individual Rights in Education (FIRE), was written by six professors who stand on the Wellesley Commission for Race, Ethnicity, and Equity.

“Students...often feel the injury most acutely and invest time and energy in rebutting the speakers’ arguments.”

Noting that Wellesley has hosted “several guest speakers with controversial and objectionable beliefs” in recent years, the professors say that while the believe free speech is “essential to a liberal arts education...there is no doubt that the speakers in question impose on the liberty of students, staff, and faculty at Wellesley.”

Specifically, they reference the “aftermath” of professor Laura Kipnis’ lecture at Wellesley, noting that her appearance inspired students to post a video on Facebook responding to her ideas. Kipnis later posted the video to her own Facebook page, in response to which a Wellesley professor “left a comment that publicly disparaged the students who produced the video.”

“We are especially concerned with the impact of speakers’ presentations on Wellesley students, who often feel the injury most acutely and invest time and energy in rebutting the speakers’ arguments,” the professors explain, adding, “This work is not optional; students feel they would be unable to carry out their responsibilities as students without standing up for themselves.”

Preemptively addressing the skepticism with which such complaints are often met, the letter goes on to declare that “when dozens of students tell us they are in distress as a result of a speaker’s words, we must take these complaints at face value.”

To protect students from having to encounter disagreeable ideas, they conclude with three suggestions for handling speaker invitations going forward, starting with an offer to themselves serve as a “sounding board” for prospective hosts “to help sponsors think through the various implications of extending an invitation.”

They also want hosts to consider “whether the presenter has standing in his/her/their discipline,” insisting that “this is not a matter of ideological bias,” but then obliquely accusing conservatives like Kipnis and Charles Murray of promoting “pseudoscience.”

Lastly, the professors encourage faculty and administrators to “step up in defense of themselves and all members of the Wellesley community” whenever a controversial speaker manages to make it past the other filters.

FIRE has vehemently criticized the letter, pointing out that the professors’ suggestions would effectively hand control over speaking invitations to a small group of faculty sharing a single, narrow perspective.

“I find it absurd that six faculty members at Wellesley can call themselves defenders of free speech and also conflate my recent talk with bullying the disempowered,” Kipnis told FIRE. “Protecting students from the ‘distress’ of someone’s ideas isn’t education; it’s a $67,000 babysitting bill.”

Campus Reform has reached out to the professors who wrote the letter asking for clarification on where they stand on free speech, but had not received a response from any of them by press time.