Students ditch Wells Fargo for bank that supports their 'ideology' 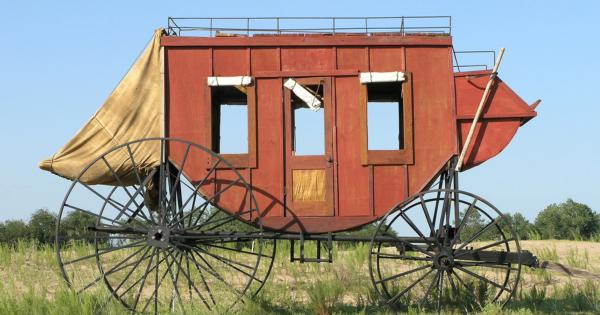 The Student Senate at Winona State University recently voted to remove Wells Fargo ATMs from campus because the bank allegedly does not “serve students of all backgrounds.”

Winona State’s contract with Wells Fargo expires this summer, leading the Student Senate to ask the university to discontinue its partnership with the company and choose a new ATM provider that “supports the ideology of Winona State.”

“[Wells Fargo] has made statements and [investments] that go against WSU’s dedication to inclusive excellence.”

“The current ATM provider, Wells Fargo & Company, has made statements and invests in projects that go against WSU’s dedication to inclusive excellence,” reads a copy of the resolution, which passed on March 15. “The committee selecting the [new] ATM service [should] pick an equitable company that supports the ideology of Winona State.” 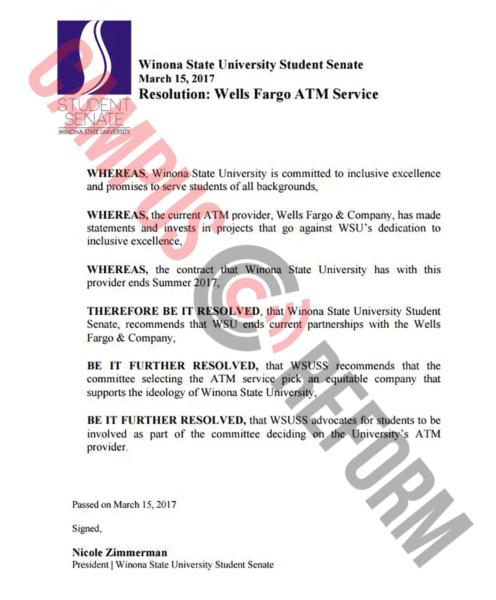 The Senate did not explain in the resolution why its members felt that Wells Fargo was not sufficiently “inclusive” for the university, but a separate divestment group at WSU has previously expressed concerns over the bank’s ties to the Dakota Access Pipeline.

Nearly 200 UC-Irvine students also signed a petition recently to remove the ATM provider from their campus as well, explaining that Wells Fargo is a “perpetrator of discrimination” because it has holdings in private prison companies and is a financier of the Dakota Access Pipeline.

“Wells Fargo directly contributes to child abuse, slavery, discrimination, and exploitation,” the petition, started by the Black Student Union, read. “We demand UCI take action by removing them from our campus and replacing them; not with another bank, but with a credit union.”

Campus Reform reached out to the Winona State Student Senate and was directed to the Senate’s diversity chair, who did not respond by press time.