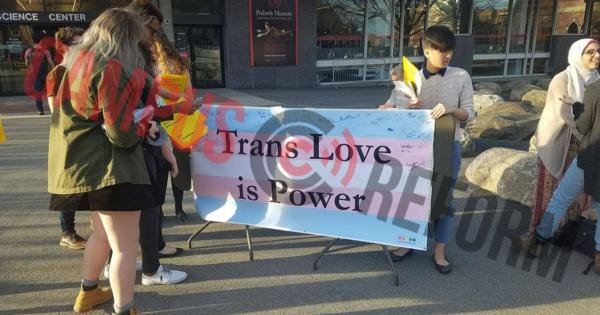 Harvard’s Open Campus Initiative recently invited University of Toronto professor Jordan Peterson to speak as part of its mission of “support for freedom of thought, speech, and association,” but many students are bitterly complaining that Peterson is a purveyor of “hate speech” and must therefore not be allowed on campus.

“Transgender people…[face] elevated rates of violence, murder, and harm, which Peterson exposes them to.”

According to a Facebook page for the event, attendance at Monday’s lecture was limited to those with Harvard College credentials, but a recording of the conversation will be made available in the coming days.

The front of the flyer, a copy of which was obtained by Campus Reform, states in bold letters, “Get the facts about gender diversity. Fight transphobia.”

On the reverse side, the handbill states that Peterson “incited direct threats to trans students,” and even went so far as to say that “transgender people…[face] elevated rates of violence, murder, and harm, which Peterson exposes them to.” 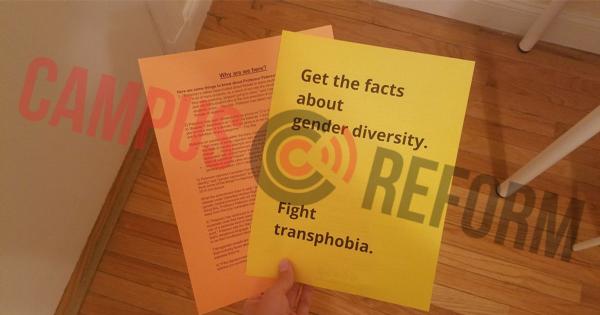 According to The Daily Beast, thirty students were expected to protest outside of the event. In reality, only about ten showed up, and the protest was later moved to the lecture hall.

During Peterson’s talk, some protesters sat amongst the audience and held up signs that read “Fight Transphobia,” while others stood silently behind the audience.

“Personally I think a ‘shut it down’ attitude is just going to play right into this rhetoric, but I want to call this out, it’s completely unacceptable,” protest organizer Helene Lovett told The Crimson. “When you’re inciting violence, whether intentional or not, it’s not just an intellectual debate anymore.”

Peterson told Campus Reform that the protest was indeed “peaceful,” but said it was nonetheless ineffective because of its very nature.

“I don’t think that protests are an effective way of communicating, but people have the right to it,” he explained. “Maybe that will help clarify what they’re thinking about.”

Although this is the Open Campus Initiative’s final event of the semester, the “free speech club” is looking forward to the next school year packed full of events that will “test the university’s policies on free speech.”