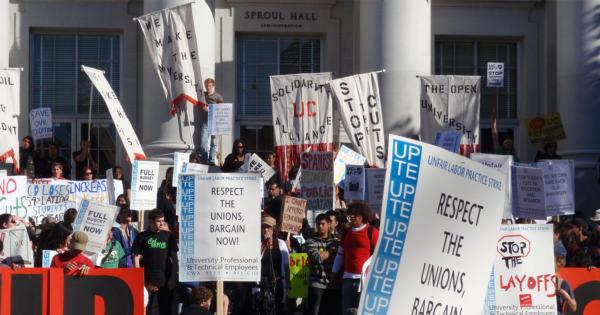 At the present moment many are outraged that we—the Berkeley College Republicans (BCR)—had to cancel our David Horowitz event slated for April 12 while UC Berkeley continues to flaunt its supposed reputation as “the home of the Free Speech Movement.”

Unlike the cancellation of our Milo Yiannopoulos event on February 1, bureaucracy and the threat of violence—rather than violence itself—prevented us from moving forward with this particular speaker.

"[W]e jointly decided not to move forward with the event."

In the wake of the Milo Yiannopoulos riots, we decided to reach out to David Horowitz of the Freedom Center. Mr. Horowitz, a UC Berkeley alumnus, agreed to speak at his alma mater on a topic Mr. Yiannopoulos was prevented from discussing—sanctuary campuses. (As an added irony, UC Berkeley is a sanctuary campus and Mr. Horowitz has called for the arrest of Janet Napolitano, president of the University of California system, and outgoing Chancellor of UC Berkeley Nicholas Dirks.)

We naturally had to plan the event with the administration and police department. UCPD set down a series of parameters for the event, citing security concerns of a similar magnitude to February 1st. While the Berkeley College Republicans planned to make the talk as accessible to students as possible by holding it later in the evening, UCPD essentially mandated that Mr. Horowitz had to conclude speaking in the early afternoon at the latest. In this case, his speech was set from 1:00 to 3:00 PM. In addition, UCPD strongly recommended that the event be student-only, otherwise the security planning would be more complex and costly.

The only available venue was one located seven blocks from the main campus. Hosting Mr. Horowitz would have set the Berkeley College Republicans back an estimated $5,700.

The effect of these constraints was two-fold: because many students have class during the 1:00 PM-3:00 PM block, these restrictions greatly suppressed interest in the event. We believe the distant location of the venue also curbed the enthusiasm of potential attendees. In the end, only 30 students obtained tickets to the event two days before it was scheduled.

In light of these difficulties, BCR contacted Mr. Horowitz and his team, and we jointly decided not to move forward with the event.

The precedent this cancellation sets is an alarming one: Mr. Horowitz is an alumnus of UC Berkeley, and he is in effect unable to speak on the campus of his own alma mater because he was deemed too provocative to fringe elements and anarchists in the city of Berkeley.

If the left is unable to stifle your constitutional right to free speech using weapons and explosives as they did on February 1, they will use the heckler’s veto to imposemassive security costs on the host organization and greatly complicate the planning process. University administrators will arbitrarily and unilaterally apply red tape to make success under such circumstances nearly impossible. The Berkeley College Republicans have faced both types of tactics; this is the second speaker we have had to cancel this semester alone.

Ultimately, the crucial test as to whether or not Berkeley really is the home of the Free Speech Movement will be on April 27, when Ann Coulter is set to speak on illegal immigration. The university has imposed a number of restrictions on this event as well, although so far we have not had to cancel. Sadly, the likelihood for leftist violence remains at an all-time high.

Troy Worden is a Contributor for the Washington Examiner. He is a former California Campus Correspondent for Campus Reform. He is a graduate of UC Berkeley, where he studied English and Philosophy.