Harvard tells students gender can 'change from day to day'

Peter Van Voorhis Contributor at The Washington Examiner @RepublicanPeter on Apr 20, 2017 at 10:16 AM EDT 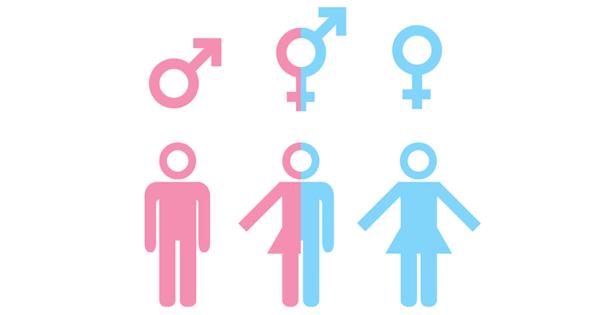 The office of BGLTQ Student Life at Harvard University has released a new school-sponsored guide telling students to “fight transphobia” and “get the facts about gender diversity.”

The guide, which was distributed to students on campus, declares that “there are more than two sexes” and that “gender is fluid and changing,” adding that someone’s gender identity “can be affirmed and/or expressed in many ways,” and can even “change from day to day.”

“For many people...gender expression, identity, and self-understanding can change from day to day.”

[RELATED: UCLA students threatened online for claiming ‘there are only two genders’]

“Sex assigned at birth and gender identity are not necessarily the same,” the flyer begins, elaborating that anatomical characteristics may not always align with “gender identity, gender expression, sexual orientation, hormonal makeup, physical anatomy, and/or how one is perceived in daily life.”

It then segues into the claim that “there are more than two sexes,” but this time focuses on biological considerations, citing a post by the Organization Intersex International (OII) asserting that “at least 2% of people” are born with some combination of male and female genitalia, hormones, or chromosomes. 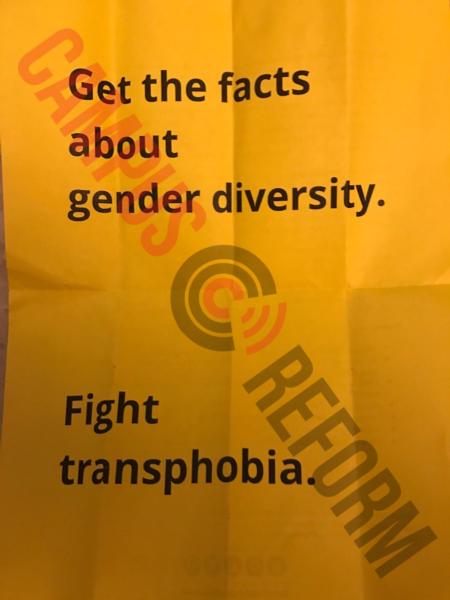 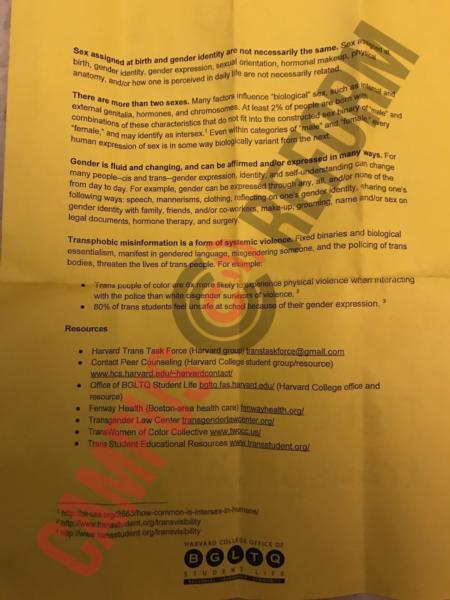 Returning to the theme of “identity,” the flyer tells students that “for many people—cis and trans—gender expression, identity, and self-understanding can change from day to day,” noting that gender can be expressed through one’s “speech, mannerisms, clothing,” and more.

Even “make-up” and “grooming” choices are listed among the forms of gender expression, though more-extreme examples like hormone therapy and surgery are also mentioned.

“Transphobic misinformation is a form of systemic violence,” the document goes on to state. “Fixed binaries and biological essentialism, manifest in gendered language, misgendering someone, and the policing of trans bodies, threaten the lives of trans people.”

The guide cites statistics put out by a group called “Trans Student Educational Resources” in support of the provocative claim.

“Trans people of color are 6x more likely to experience physical violence when interacting with the police than with white cisgender survivors of violence,” the first bullet point states, followed by the claim that “80% of trans students feel unsafe at school because of their gender expression.”

Several Harvard students expressed outrage about the use of school funds for this campaign, but all declined comment on the record due to concerns about potential repercussions from the school.

Harvard evoked national outrage for a similar stunt in December 2015, when it distributed “social justice placemats” intended to help students articulate their progressive views to family members during Christmas break.

Spokespersons for Harvard did not respond to inquiries from Campus Reform concerning the use of school resources for the latest campaign.