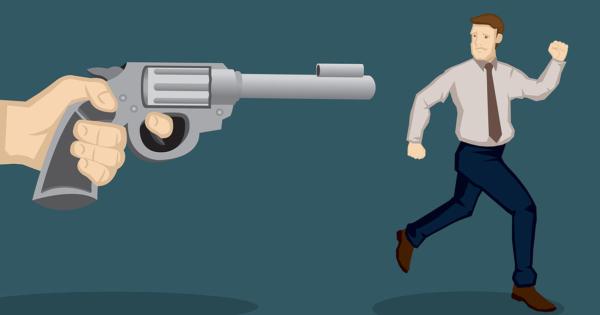 A tenured professor is resigning from the University of Kansas because of the campus carry law set to take effect in the state this July.

History professor Jacob Dorman published a copy of his resignation letter in The Lawrence Journal-World last week, stating that after 10 years at KU, he is leaving for another tenured position in a non-campus carry state because he believes that the policy “will do irreparable harm to higher education in Kansas.”

“I would have left academia entirely rather than teach on a campus that allowed...guns in the classroom.”

While Dorman remarks that he has “especially benefited from getting to know Kansans from rural communities where gun ownership and hard work are equally a way of life,” he insists that campus carry will detrimentally affect the entire state by “driving off” professors like himself.

“Kansas will never secure the future that it deserves if it weakens its institutions of higher learning by driving off faculty members or applicants who feel as I do that there is no place for firearms in classrooms,” he writes. “Kansas can have great universities, or it can have concealed carry in classrooms, but it cannot have both.”

Pointing out that “we discuss sensitive and highly charged topics in my classroom,” Dorman expresses concern that gun-toting pupils will shoot first and ask questions later when confronted with a classroom disagreement, fretting that students will not be able to “express themselves respectfully and freely...about heated topics if they know that fellow students are armed and that a disagreement or argument could easily be lethal.”

In addition, he warns that campus carry will prevent universities in Kansas from recruiting new professorial talent, pointing out that “recruiting the best trained professors necessarily means recruiting from coastal areas and progressive college towns, where most people do not believe that randomly arming untrained students is a proper exercise of the Second Amendment’s protection of a well-regulated militia."

Dorman concludes his resignation letter with a parting shot at the National Rifle Association, saying, “Let us not let the NRA destroy the future of the state of Kansas with a specious argument about the Second Amendment” and calling on state lawmakers to repeal campus carry.

Dorman told Inside Higher Ed that he has taken a new job with the University of Nevada at Reno, but said he would have made the same decision even without that opportunity, declaring, “I would have left academia entirely rather than teach on a campus that allowed students to have guns in the classroom.”

When asked if he had any additional comments to add on his resignation, Dorman told Campus Reform that he had already “commented extensively” in the comments section of several websites that published his resignation letter, including the Topeka Capital-Journal, but requested that his “more smart alecky comments” not be reproduced because “those were intended to amuse the readership of those blogs but would not translate well outside of them.”

The exchanges occasionally devolve to the level of a presidential debate, complete with jokes about “overcompensating” for “finger length,” but most of the comments reviewed by Campus Reform are civil debates between Dorman and readers who support campus carry.

While Dorman’s public resignation was unique, IHE reports that academics in the state have estimated on social media that as many as 10 other professors are also stepping down because of the campus carry law, though few specifics have been provided.

Two other KU professors did acknowledge that campus carry has influenced their thinking, with social welfare professor Alice Lieberman calling the law a “tipping point” behind her recent decision to retire.

English professor Maryemma Graham likewise indicated that she would not remain in her current role if guns are allowed on campus, but said she would postpone her final decision until the law is implemented to see whether the university finds a way around its requirements in the meantime.

"Threats to personal safety don't disappear once you step on campus," NRA Spokesperson Catherine Mortenson told Campus Reform. "Denying law-abiding gun owners their God-given right to self-protection on campus leaves them vulnerable to attack. It's disappointing that a college professor would allow his anti-gun bias to get in the way of the facts."

Campus Reform reached out to the University of Kansas for comment, but did not receive a response in time for publication.