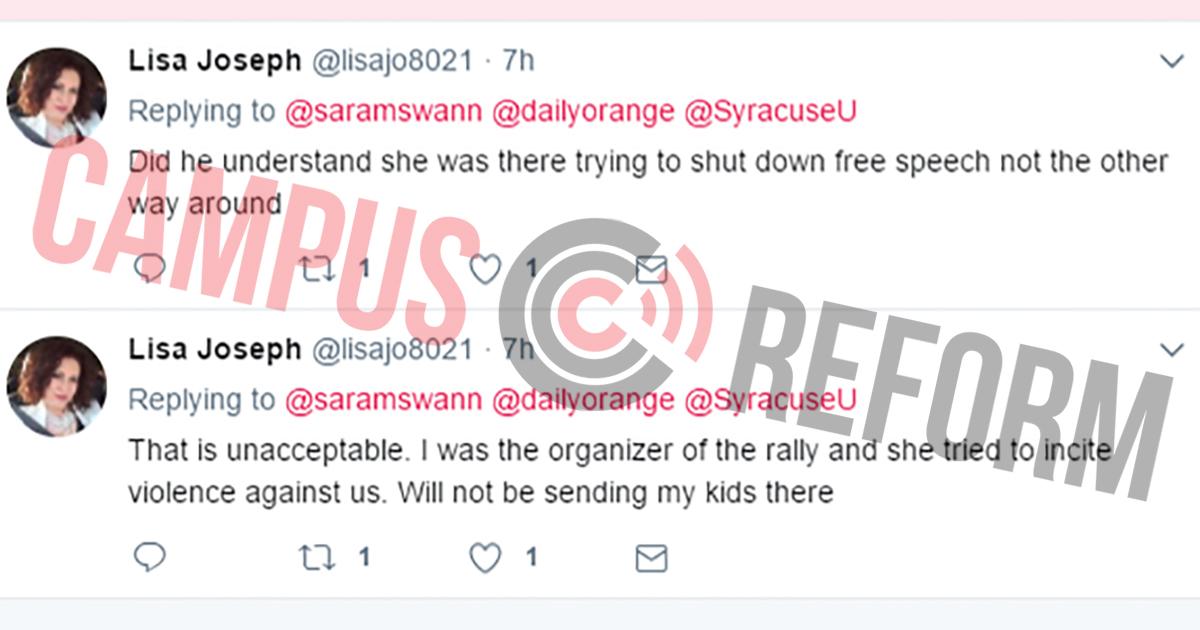 Syracuse University believes that the professor who urged “Syracuse people” to “finish...off” anti-Sharia demonstrators was not promoting violence, but the protest’s organizer disagrees.

In a statement emailed to the school community last week, Chancellor Kent Syverud unequivocally rejected demands that he fire or otherwise discipline Professor Dana Cloud for her tweet, which was posted during a “March Against Sharia” that was met by “anti-fascist” (a.k.a., “antifa”) counter-protesters.

"I was the organizer of the rally and she tried to incite violence against us."

“We almost have the fascists in [sic] on the run,” Cloud tweeted. “Syracuse people come down to the federal building to finish them off.” 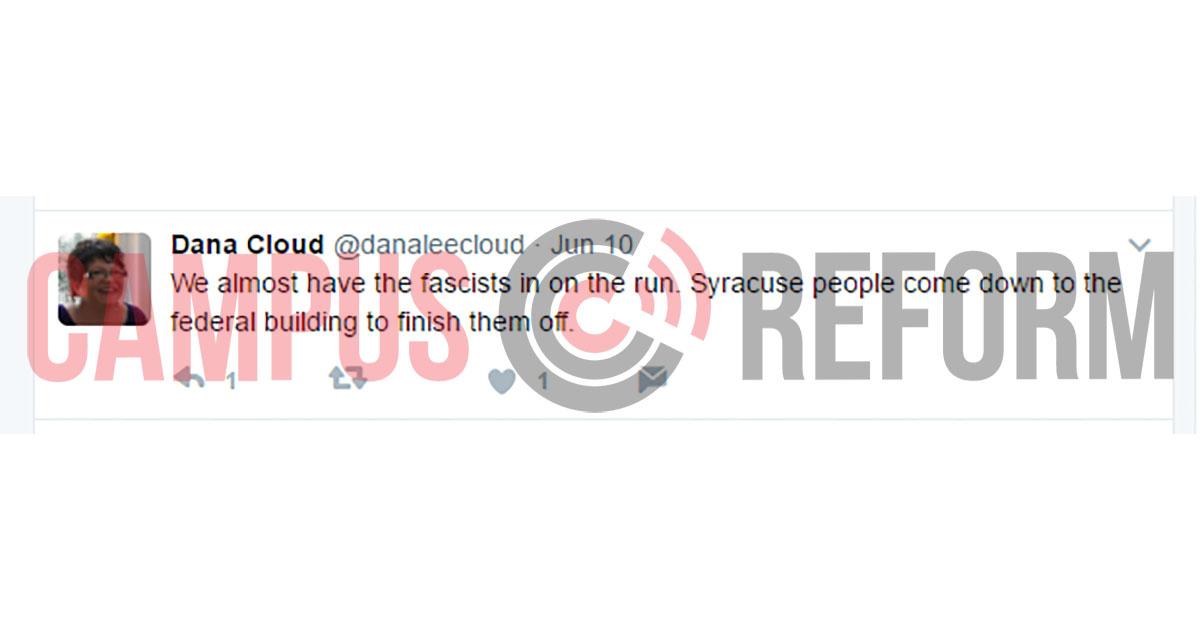 Remarking that some of those messages “are hard to interpret in any way other than to encourage violence,” he responds with an emphatic “No” to their insistence that he “denounce, censor, or dismiss the professor for her speech,” contending that Cloud’s comments did not rise to the level of legally prohibited speech.

“Our faculty must be able to say and write things—including things that provoke some or make others uncomfortable—up to the very limits of the law,” he concluded. “The statement at issue is, I believe, within those limits.”

The leader of the Syracuse anti-Sharia protest, however, objected to Syverud’s statement, saying that those who were present at the event could easily view her tweet as an attempt to incite violence, or at the very least as a call to curtail their exercise of free speech.

“Did he understand she was there trying to shut down free speech and not the other way around?” Lisa Joseph asked in response to a tweet about the statement. “That is unacceptable. I was the organizer of the rally and she tried to incite violence against us.”

In an interview with Campus Reform, Joseph claimed that Cloud had aligned herself with the New York Antifa Alliance, a “hate group which caused chaos and violence at all 25 [anti-Sharia] rallies held across the country,” adding that tensions ran high between her supporters and the antifa protesters, with “a lot of middle fingers” thrown around, but no violence thanks to the vigilance of police officers.

“The fact that she wrote ‘we have them on the run’ proves that they were trying to run us out and shut us down,” Joseph told Campus Reform. “I shudder to think what would have happened to us if the lightfoot militia and the police weren’t there to protect us.”

An anonymous article on the antifa website It’s Going Down, purportedly a firsthand account from an antifa protester who was present at the Syracuse event, corroborates much of Joseph’s description.

“Police and fascist-militia presence aside, through our numbers, we had control of the situation. Whether or not we realized it in the moment, any escalation was in our hands,” the author asserts. “The size of our bloc compelled the police to escort the fascist-militia to their cars.”

Insisting that “these ‘anti-sharia’ marches function as a smokescreen to enable state-sanctioned fascist rallies in our city centers,” the post declares that “these fascist actions must be countered, disrupted, and shut down by any means necessary.”

Joseph objected strongly to the characterization of anti-Sharia marchers as “fascists,” saying that in the current political climate, such hyperbole only makes it more likely that exhortations such as “finish them off” will be interpreted as a serious call for violence.

Joseph also warned that “by inciting violence against the community that supports the university,” Cloud’s tweet could ultimately prove damaging to the school’s reputation, as could Syverud’s refusal to discipline the professor.

“What about protecting my free speech?” Joseph asked. “Does my free speech not matter because you don’t agree with our point of view?”

Campus Reform reached out to Syverud’s office for comment, but did not receive a response.