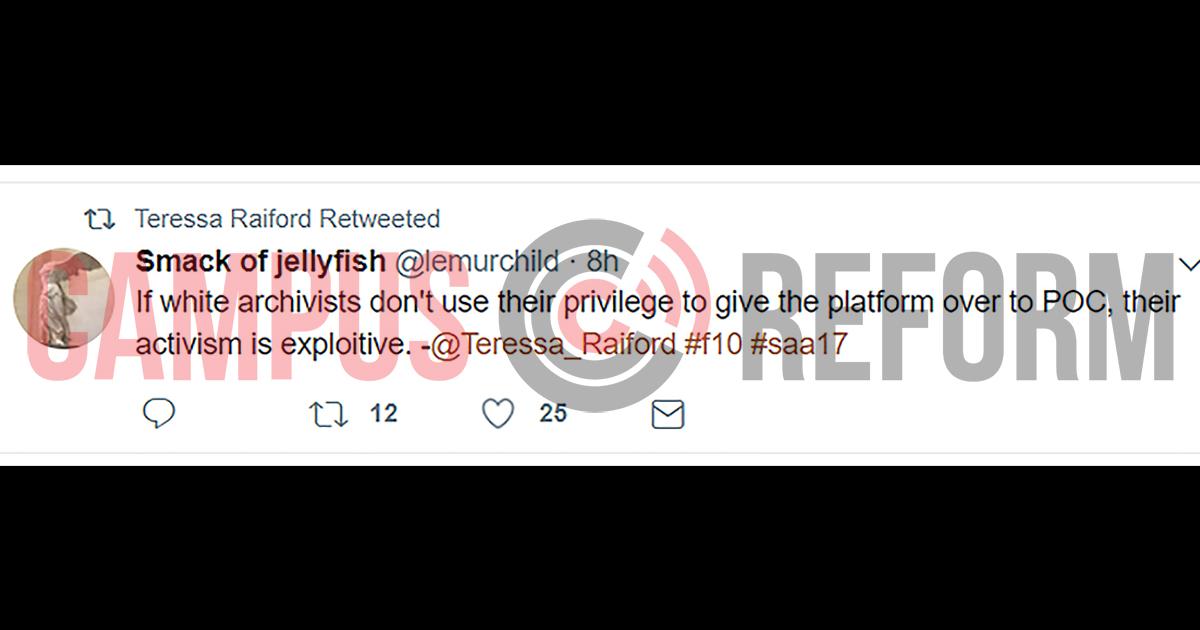 During a recent six-day conference in Portland, Oregon, archivists attended a presentation on “Identifying and Dismantling White Supremacy in Archives.”

The recent ARCHIVES 2017 conference put on by the Society of American Archivists primarily focused on technical issues related to the maintenance of university archives, but one panel was focused on eliminating objectionable material.

“If white activists don’t use their privilege to give the platform over to POC, their activism is exploitive.”

The session—titled “Identifying and Dismantling White Supremacy in Archives: Developing a Plan of Action”—introduced participants to the Peggy McIntosh article, White Privilege: Unpacking the Invisible Knapsack, then asked them to identify and create a list of white privileges in archives and “brainstorm a concrete plan of action for dismantling [each] particular privilege.”

An accompanying Google doc provides examples of white privileges, such as “I can be sure materials from my community are represented,” “Materials described primarily in English,” “Subject headings assume white male point of view,” and “Histories of rich white men promoted” to name a few.

Participants were expected to leave the session with concrete plans that they could then implement at their own universities.

A poster handed out to attendees further elaborated on the strategies for “dismantling” white supremacy. 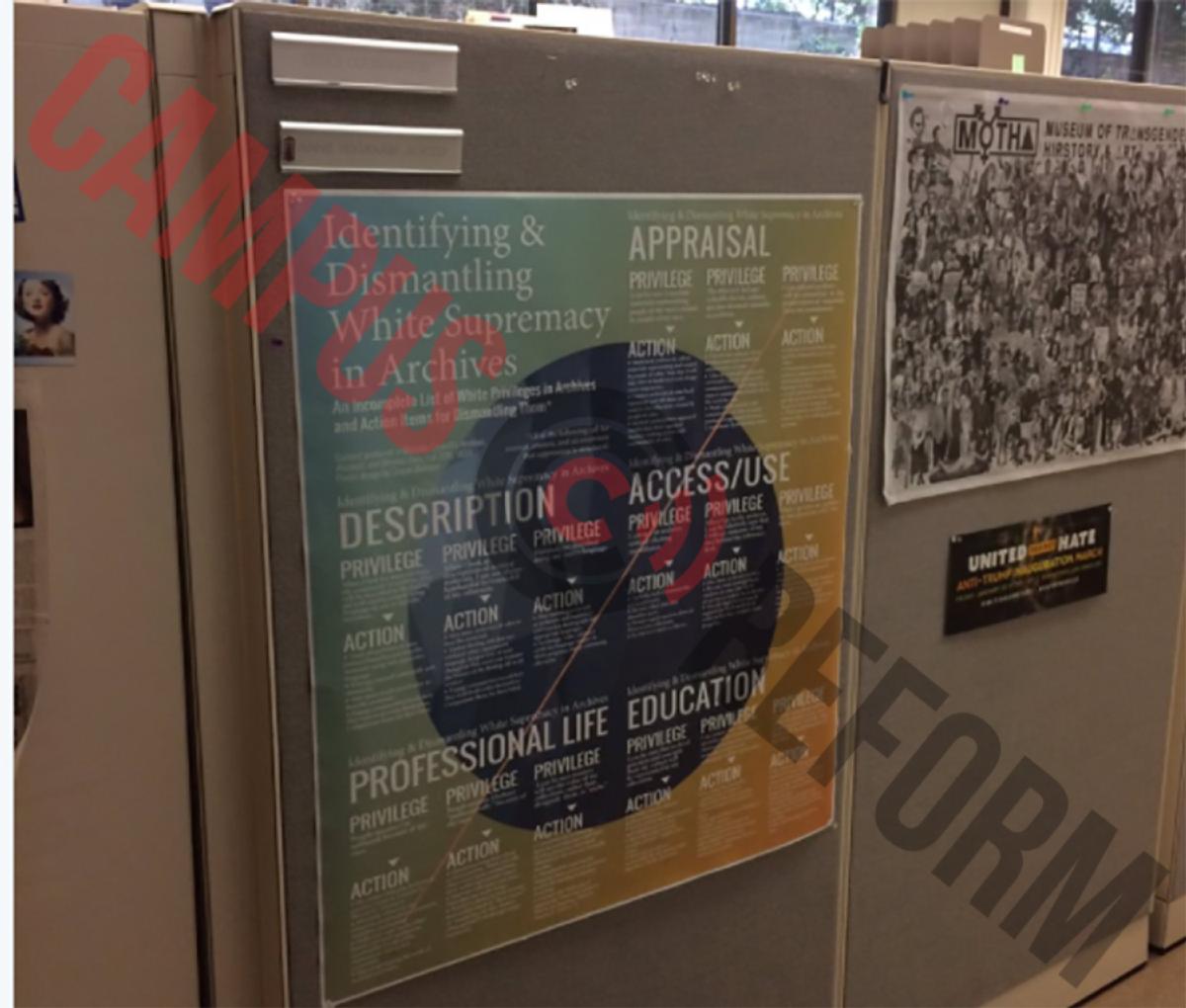 Prominent BLM activist Teressa Raiford helped deliver the presentation, and was quoted by one participant as saying, “If white activists don’t use their privilege to give the platform over to POC, their activism is exploitive [sic].”

According to Society of American Archivists’ code of ethics, archivists should “accept and encourage a diversity of viewpoints on social, political, and intellectual issues, as represented both in archival records and among members of the profession.”

Campus Reform reached out to the SAA, as well as the professors involved in the panels, but has not received any responses.