The President of the University of California, Santa Cruz College Democrats club is facing backlash for standing up for her College Republican counterparts.

President Weslyn Church recently posted a defense of the College Republicans’ right to assembly after Campus Reform reported on the recent disruption of one of its meetings by liberal protesters.

"Turning this situation into a discussion of 'free speech' is playing right into the fascists' hands."

“The organizers of this disruption harmed not only the civil debate that was ongoing, but also the studying experience of those in the library. These protesters should be ashamed of their un-American and undemocratic actions,” she continued, praising the College Republicans for being “nothing but polite and cordial.” 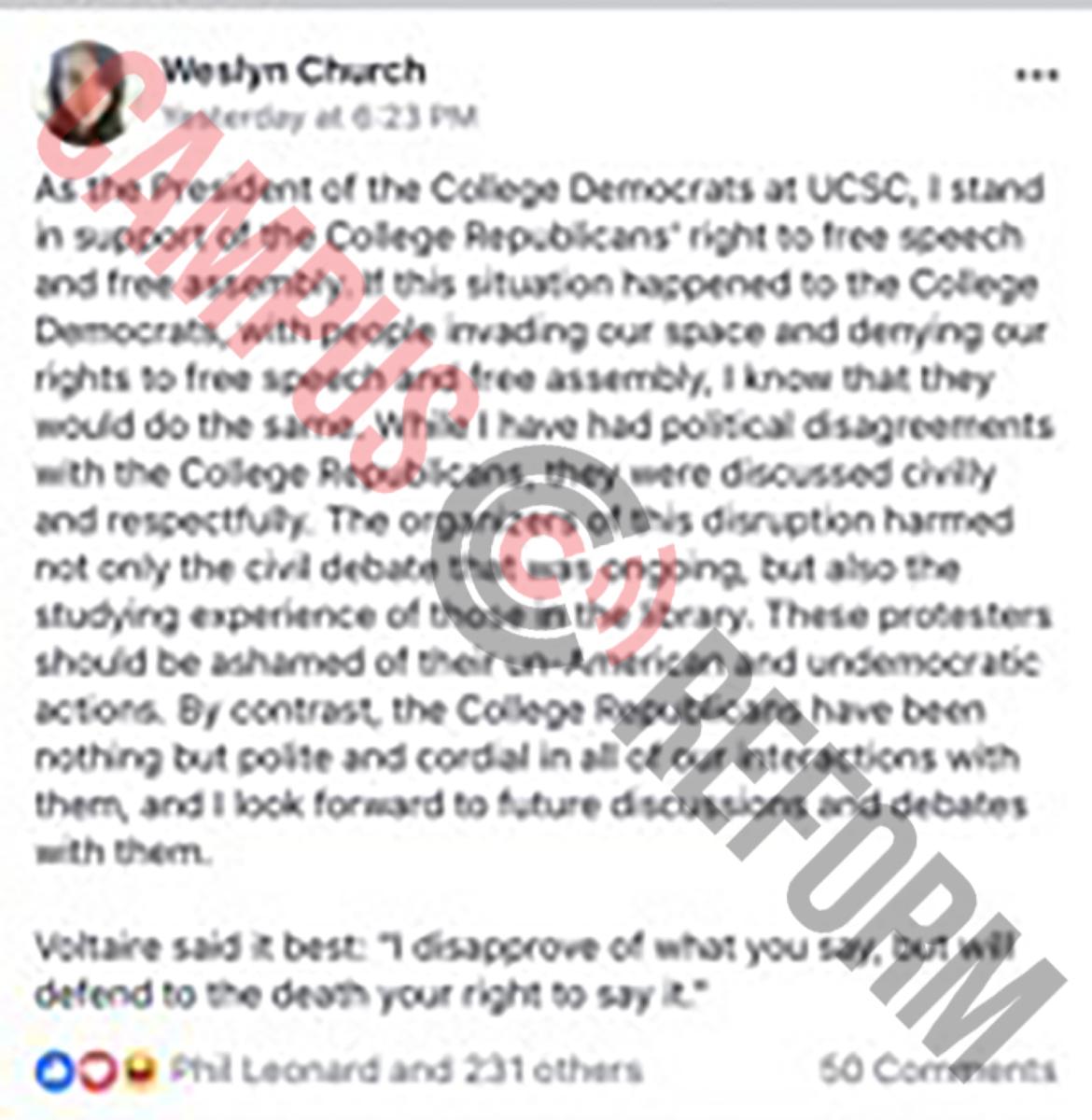 In response, however, Church was immediately ridiculed by her fellow liberals, with one alumnus going so far as to call her a “neoliberal, capitalist, racist, narc-ass cop loving, wall street zombie.” 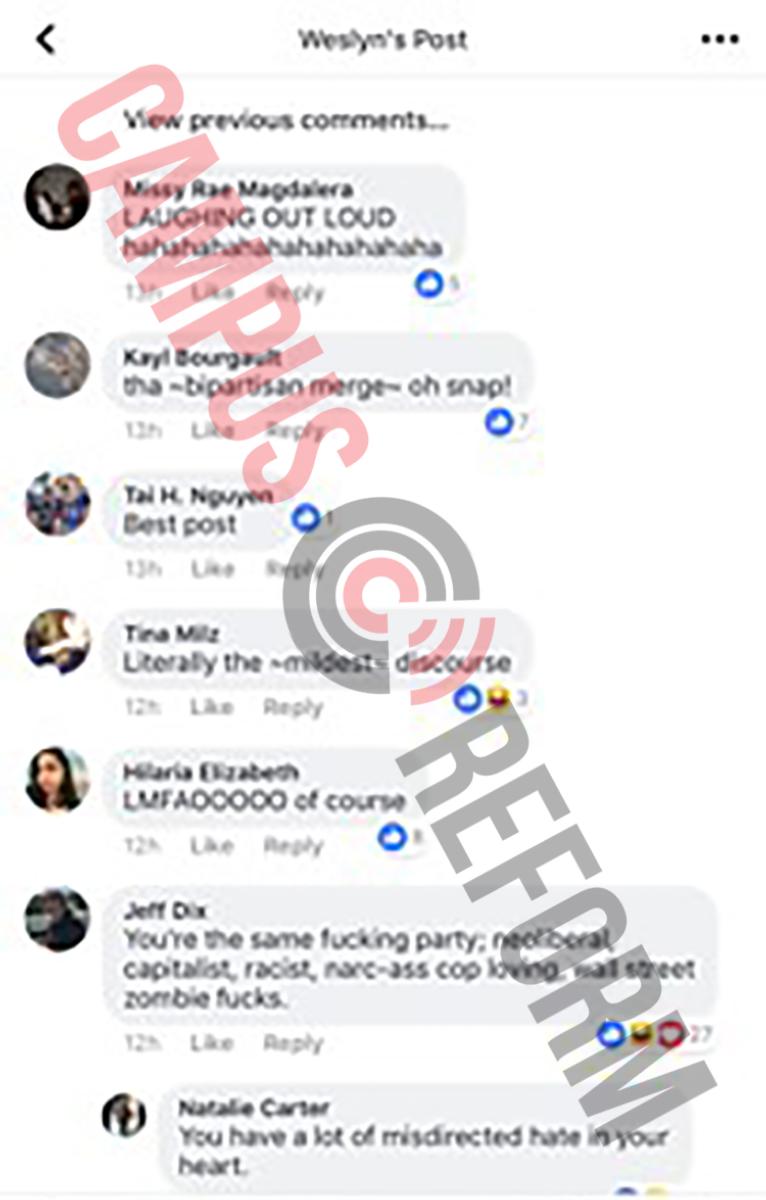 Another student suggested that by “turning this situation into a discussion of ‘free speech,’” Church was “playing right into the fascists’ hands,” adding that he was “irked” by the “standard free speech message.” 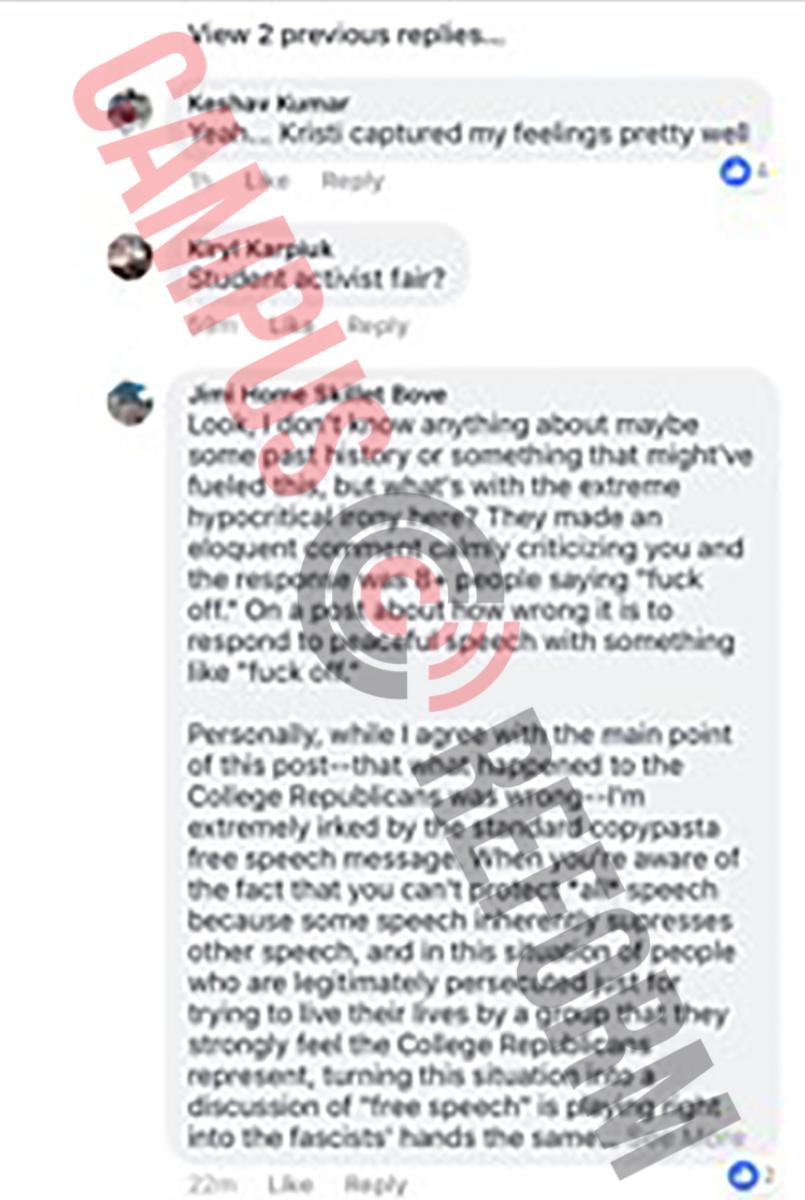 Many students also mocked Church’s use of the phrase “un-American,” while others taunted her as being a “becky,” a slang insult described as a “white woman who uses her privilege as a weapon.” 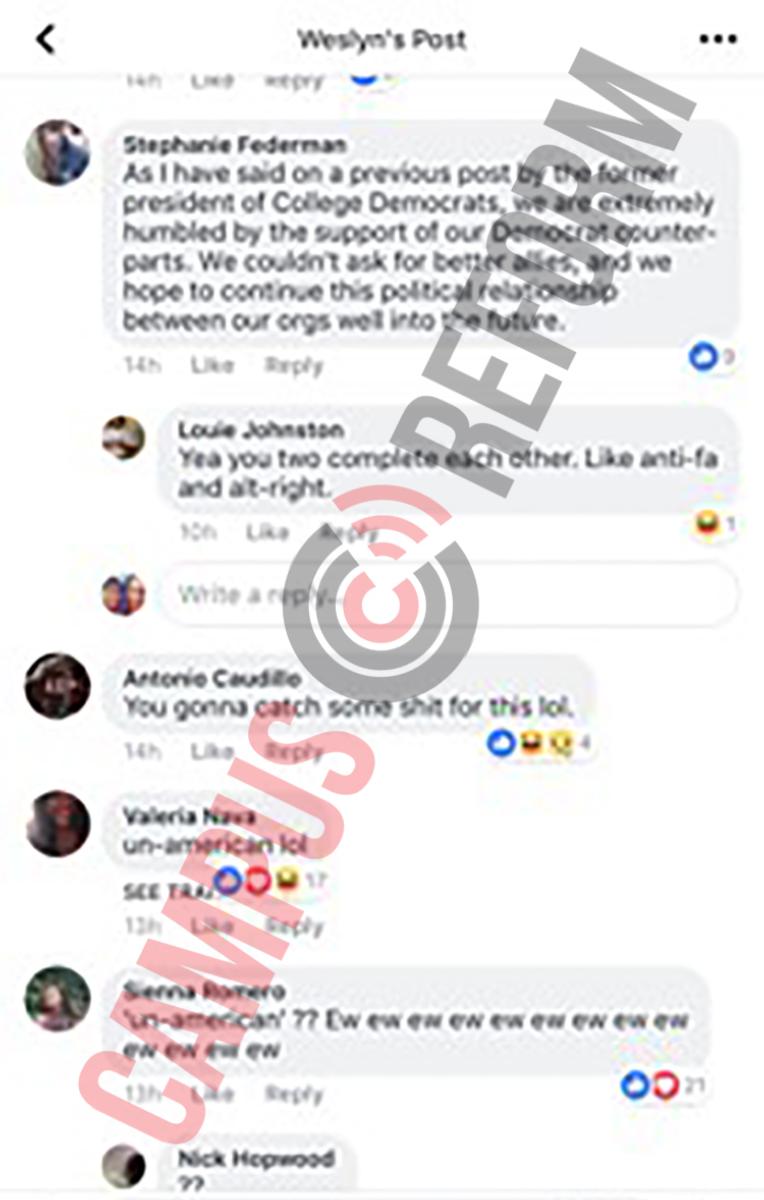 Campus Reform reached out to Church for further comment but did not receive a response in time for publication.