A Michigan student was arrested and charged for posting this photo

A college student who attended Lake Superior State University in Michigan is now facing charges of terroristic threats after posing with his AR-15 on a private Snapchat group.

The police report for Lucas Gerhard’s arrest, a copy of which Campus Reform obtained, states, “Gerhard posted a picture of an AR-15 rifle with a bayonet attachment, and several pieces of what appears to be Kevlar body armor, several duffel bags...the text of the message with this picture states ‘taking this bad boy up, this outta make the snowflakes melt, aye? And I mean snowflakes as in snow (smiley face emoji)." 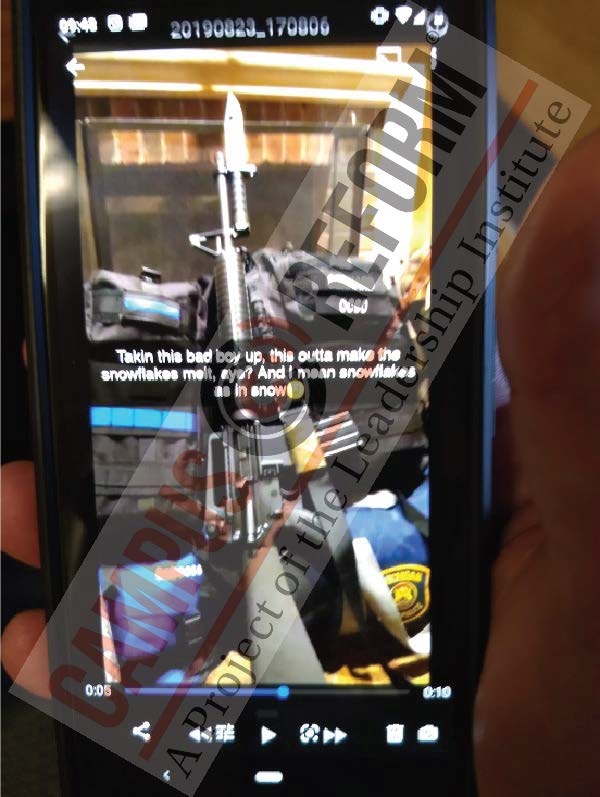 The police report states that Gerhard realized he could have offended someone with his post and because of that he deleted it and posted a follow up that said it was not a threat. The report also says that Gerhard said the phrase “melting snowflakes” was in reference to “their mind melting when they realize he brought a rifle to school.”

Gerhard was in jail for 83 days where his bond was set at $250,000 after which he returned home to his father on Nov. 13 where he is currently under house arrest until his trial.

His trial was originally scheduled for March 24 but has been delayed as a result of the precautions due to Coronavirus restrictions.

He and his father have been working with Michigan State Rep. John Reilly and his chief of staff Adam De Angeli to help him through the process.

De Angeli said that with the school being so remote and with hunting being commonplace in the area, the school allows guns to be stored on campus where students can check them out, and some classes even encourage it.

This was backed up by his father, Mark Gerhard, who said that Lucas immediately checked in his AR-15 along with 700 rounds of ammo he was going to use throughout the semester.

Mark Gerhard, a retired Marine Colonel, said about the picture, “He was having a laugh about imagining that reaction, but at the same time, was also joking about the snowy conditions up there. It’s icy up there practically nine months out of the year, so it was kind of a tongue-in-cheek chuckle about that, as well.”

“I’ve never seen the facts so one-sided in the case of the defense,” De Angeli told Campus Reform. “This represents the nexus of so many issues from First Amendment and Second Amendment rights to social justice warriors and cancel culture."

As a result of this case, Reilly introduced a bill in the Michigan legislature that would more closely define what constitutes a terrorist threat charge at the state level. The lawmaker told WWMT-TV he introduced the legislation because “we can’t rely on common sense anymore."

Campus Reform Correspondent Sergei Kelly, editor-in-chief of The Morning Watch and a student at Michigan State University, told Campus Reform, “I think this case highlights America's situation right now. It puts our nation's once high regard of our founding principles into the light of intolerance of the Left, and their dismissal of American liberties."

“This could set horrible precedence for definitions of threat and ‘terroristic threat.’ His comment was not explicitly directed, there wasn't any actual motive outside the post, and no doubt it was satirical,” Kelley added.

There is currently a GoFundMe set up by De Angeli to help fund Gerhard’s legal fees. 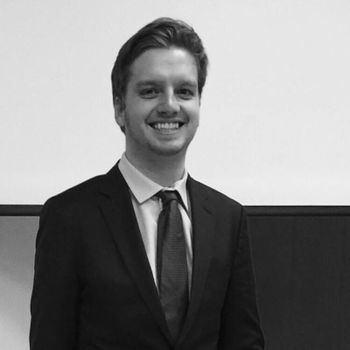