Students have provided a list of demands for Columbia University, including a 10 percent tuition drop.

An organizer said the university was “vampirically sucking every drop of blood.” 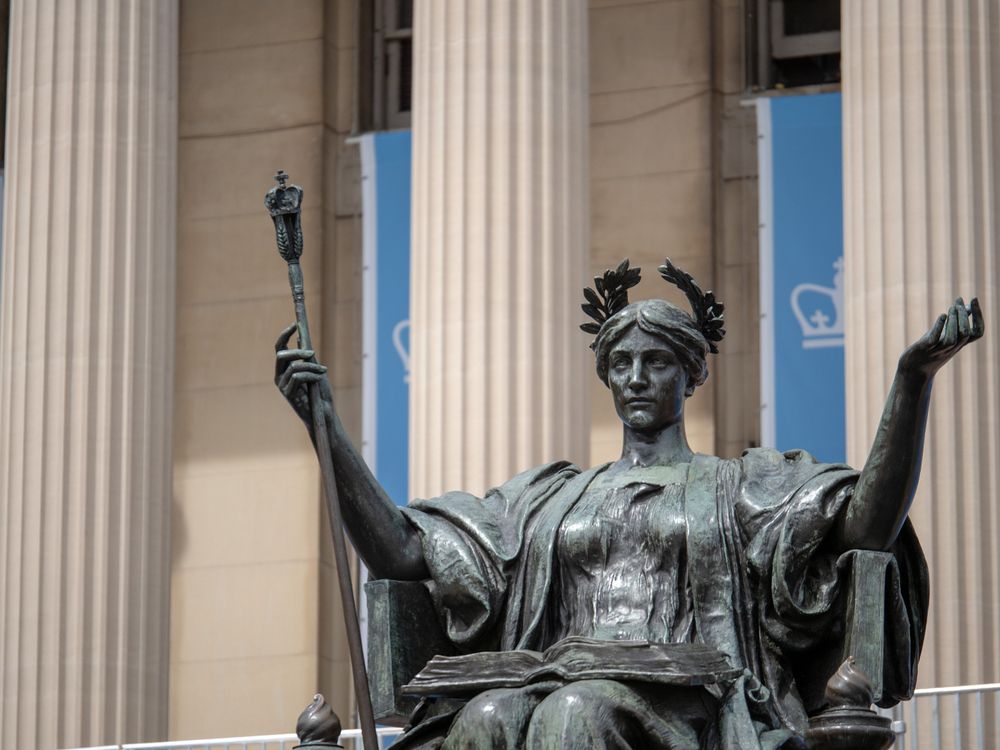 More than 3,200 Columbia University students have joined in on a strike, demanding a 10 percent reduction in cost and a 10 percent increase in financial aid, as one student claims the Ivy League university is "vampirically sucking every drop of blood."

This is one of five demands that the students listed.

The students are demanding that to “alleviate the economic burden on students”, Columbia must “reduce the cost of attendance (including tuition, fees, and room & board) by at least 10 percent.” On top of this, the students want an increase of at least 10 percent in financial aid and the removal of “student responsibility," or the amount of money the student is expected to contribute to their education through money they pay out of pocket or through student employment.

Speaking on behalf of the organizers, Columbia University student Townesend Nelson told Campus Reform that while the pandemic has made economic problems worse, Columbia charged too much even before that.

“While the pandemic and consequent recession have exacerbated the challenges students face, students—both at Columbia and around the country—have always struggled to afford to go to school," Nelson said.

He added that the university was able to charge so much because of its reputation. This reputation is what the students are hoping to call into question.

“Columbia is only able to charge so much because of their prestige. Thousands of students crying out that Columbia is vampirically sucking every drop of blood from our lifeless corpses destroys that reputation. As public perception turns against the university, the administration will be forced to concede," Nelson said.

Columbia University College Republicans President Crista Erales told Campus Reform that she disagrees with the strike, saying that a “tuition strike is unjustified.”

Erales argued that to negotiate after attending isn’t the right way to go about it.

“Students cannot accept the services of a university and retroactively refuse to pay for those services simply because they disagree with the price they agreed to pay," she said.

Erales told Campus Reform that, “as a private university, Columbia has the prerogative to set its tuition and students, upon enrollment for that semester, enter an agreement to pay said amount.”

But a university spokesperson told Campus Reform that the school has made a concerted effort to ease the burden that 2020 has brought to students, stating "throughout this difficult year, Columbia has remained focused on preserving the health and safety of our community, fulfilling our commitment to anti-racism, providing the education sought by our students, and continuing the scientific and other research needed to overcome society’s serious challenges."

In addition to freezing tuition in response to pandemic-related financial hardship, the university also offered free summer classes to students, as well as incorporating a $4,000 increase to financial aid awards for students learning remotely.

Students previously expected to work as part of Columbia’s “Work Exemption” financial aid program, have had all work expectations waived for the fall 2020 semester.

According to the university website, “50 percent of Columbia students receive grants from Columbia and the average amount awarded is $52,073.”

It also notes that “students are expected to borrow $0 to attend Columbia.”

Cost reduction is the first of five demands for Columbia University. The second demands that Columbia provides services to West Harlem: “Columbia must fulfill its responsibilities to the people of West Harlem by committing to provide employment, education & affordable housing, and to end expansion."

Students are also demanding that Columbia defund its public safety program, investing instead in “community safety solutions” which “repair harm caused by prior racist practices.”

Their final demand is that Columbia must deal more fairly with unions including “granting union recognition for MA and undergrad student-workers.”