A Campus Reform survey of official events at the University of Alabama (UA) shows that the public institution hosted only two conservative speakers during the 2016-2017 academic year.

The survey closely examined UA’s official event calendars from September 2016 to August of this year, and found 16 speakers who either addressed controversial topics or were known for their political involvement.

Many left-leaning speakers, and some independent voices, lectured on topics such as social justice, Black Lives Matter, and climate change—often with sponsorship from university departments.

The conservative events—both hosted by student groups—addressed issues like the rising threat of radical Islam and controversial forms of free speech.

The speakers were hosted in various venues, ranging from spaces reserved by student organizations to specific colleges located on the campus.

Campus Reform reviewed the political leanings of every speaker on the list, considering factors such as organizational affiliations, published opinions, and public statements to determine each individual’s ideological stance.

Five speakers with neutral or unknown political views were classified as independent, while nine others were either identifiably liberal or presented the liberal perspective on a political issue.

The two conservatives, though, were easily the most prominent speakers listed on the calendar in the past year.

[RELATED: Liberals account for 86% of political speakers at UVM]

Last Autumn, conservative provocateur Milo Yiannopoulos sparked a flurry of criticism in the days leading up to his October 10 speech, with many students calling for a cancellation of the event and an official disinvitation of the speaker.

The second right-leaning speaker was Lt. Colonel Allen West, a former Republican member of the U.S. House of Representatives, who lectured on destroying the Islamic State in Iraq and Syria (ISIS). 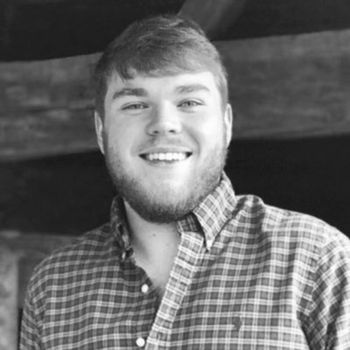 Kyle Morris is reporter for Fox News. Previously, he was a reporter for Breitbart News, the Daily Caller, and an Alabama Campus Correspondent for Campus Reform. He graduated from University of Alabama.