A conservative student group is suing the University of Massachusetts-Amherst for limiting “speeches and rallies” to a tiny portion of campus for just one hour per day.

Young Americans for Liberty (YAL) issued a press release Monday announcing that it had filed the lawsuit with help from attorneys at the Alliance Defending Freedom (ADF), saying the school’s policies “create a chilling effect on speech, deterring students from engaging in their First Amendment rights.”

Specifically, the groups are objecting to a provision of the UMass-Amherst land use policy, which stipulates that “outdoor speeches and rallies during class hours may be held only on the -west side (main entrance) of the Student Union Building, and shall be limited to one (1) hour in length, from noon to 1:00 P.M.”

In addition, the lawsuit notes that the university does not define what it means by “speeches and rallies,” leaving administrators with “the discretion to determine when expression becomes a ‘speech’ or ‘rally’ and when it does not.”

Although UMass-Amherst does allow “university units and student organizations” to request other spaces on campus, this option is not available to individual students, and YAL member Nicholas Consolini argues that this prevents him from giving speeches or holding rallies on campus in his individual capacity “on topics that may differ from speeches or rallies hosted by YAL.”

UMass Amherst holds a yellow-light speech code rating from the Foundation of Individual Rights in Education (FIRE), indicating that it has “at least one ambiguous policy that too easily encourages administrative abuse and arbitrary application.”

Indeed, of the six policies flagged as problematic by FIRE, two relate to the very restrictions on expressive activity that are being challenged by the YAL/ADF lawsuit.

“It is truly inspiring to see students stand up for the ideas of liberty and for the First Amendment on campus,” said YAL Director of Free Speech Alexander Staudt.  “It's about time that the hard work of the YAL chapter at UMass Amherst gets noticed and achieve real results that affect all 28,000+ students campus.”

The mission statement of the UMass-Amherst Student Life Office, which oversees expressive activities on campus, asserts that it aims to “create a positive, inclusive, and challenging learning environment that encourages self-motivation and fosters leadership development and life skills,” but ADF Legal Counsel Caleb Dalton scoffed that its speech policies contradict that goal.

“A public university is hardly the marketplace of ideas that it’s supposed to be when the marketplace is less than one percent of campus and only open for one hour a day—and then only if university officials approve of your presence there,” Dalton remarked. “UMass-Amherst’s speech policy contains provisions similar to those that courts have repeatedly struck down as unconstitutional at other schools. If the university wishes to demonstrate its dedication to the free exchange of ideas, it can do so by fixing its policy so that it’s consistent with the First Amendment.”

Spokespersons for UMass-Amherst did not respond to multiple inquiries from Campus Reform regarding the lawsuit. 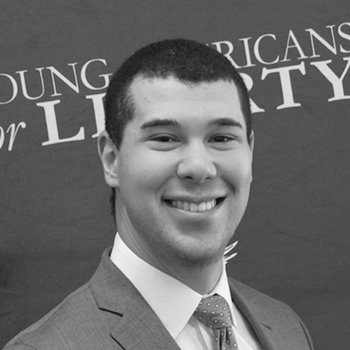