Although an internal investigation absolved the students shown in the picture, GW plans to require diversity training for students and faculty, implement a bias reporting system, and launch a "GW Race in America" speaker series.

The George Washington University has released a nine-point "action plan" in response to a racist picture posted to social media earlier this year by a student. 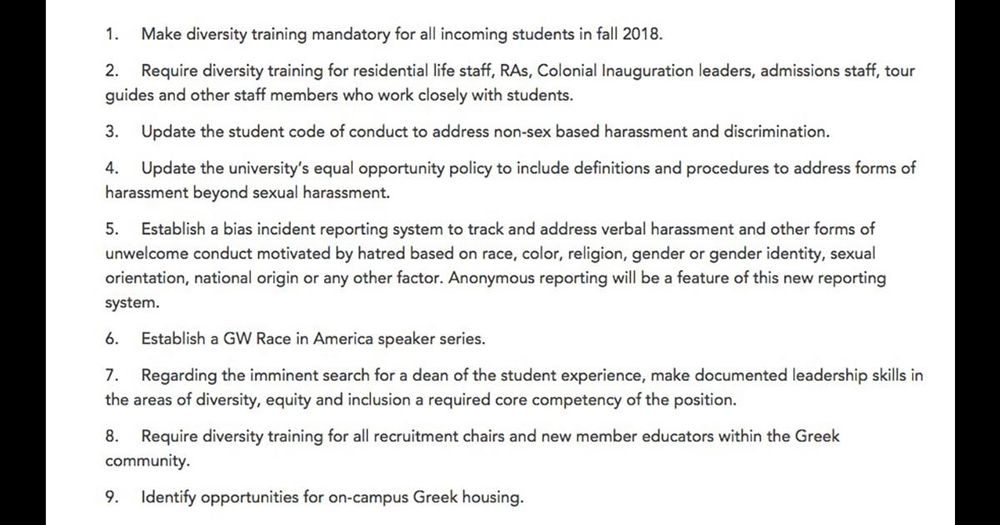 The George Washington University has released a new “Response Action Plan for Diversity, Equity, and Inclusion” to address a racist Snapchat posted by a student earlier this semester.

“The topics of race, diversity and inclusion have been brought to the forefront of conversations at the George Washington University (GW) following an offensive and racially inflammatory social media posting,” explains an executive summary of the plan, saying that the conversations sparked by the incident have made clear that “bold action, both short- and long-term, was needed to begin to address racism and other forms of bias and discrimination in our GW community.”

On January 31, a member of GW’s Alpha Phi sorority posted an image of two other sorority members sitting at a counter inside the sorority’s on-campus townhouse. The photograph depicted one of the women holding an empty banana peel in the air while both smiled, and the racially-charged caption read, “Izzy: ‘I’m 1/16 black’.”

Although an internal investigation determined that neither of the individuals pictured were aware of the post or its content, nor did they approve it, the school pledged to implement nine “suggestions” made by various groups and individuals, allowing students 45 days to submit additional suggestions.

The nine-part plan, which has now been finalized and released, begins by mandating “diversity training” for all incoming students, as well as for certain student, staff, and faculty leaders on campus.

The mandatory training will be spearheaded by GW’s multicultural student services center (MSSC), the same group which led a controversial Christian privilege seminar earlier this month.

Freshman Kathryn Wayman expressed skepticism about the new requirement, telling Campus Reform that “while it is healthy to recognize that we all come from different backgrounds, it appears that the university is using these diversity trainings as a way to single out different races and ethnicities instead of unite the body as a whole."

To tackle discrimination on campus, GW will also create a reporting system to “track and respond to verbal harassment and other forms of unwelcome conduct on the basis of race, color, religion, gender or gender identity, sexual orientation, national origin, or any other factor.”

The university’s report does not specify how reports of bias will be authenticated or what repercussions those reported will face, but the plan does call for updates to the student code of conduct and the university’s equal opportunity policy “to address form of harassment beyond sexual harassment.”

In addition, the school says it is launching a “GW Race in America” speaker series, seeking out “opportunities for on-campus Greek housing,” and prioritizing “documented leadership skills in the areas of diversity, equity, and inclusion” in its upcoming search for a dean of the student experience.

“We have heard very clearly that we need to do more to foster an inclusive and welcoming environment on our campuses,” GWU President Thomas LeBlanc said in a statement praising the report’s release.

“With the release of this action plan, we are fulfilling the promise we made to show how we will begin to do this,” he declared, adding that “we are also holding our community accountable to the steps we must take to build the university we aspire to be.”

Each step of the plan is either “underway or will commence immediately” according to the university’s report. 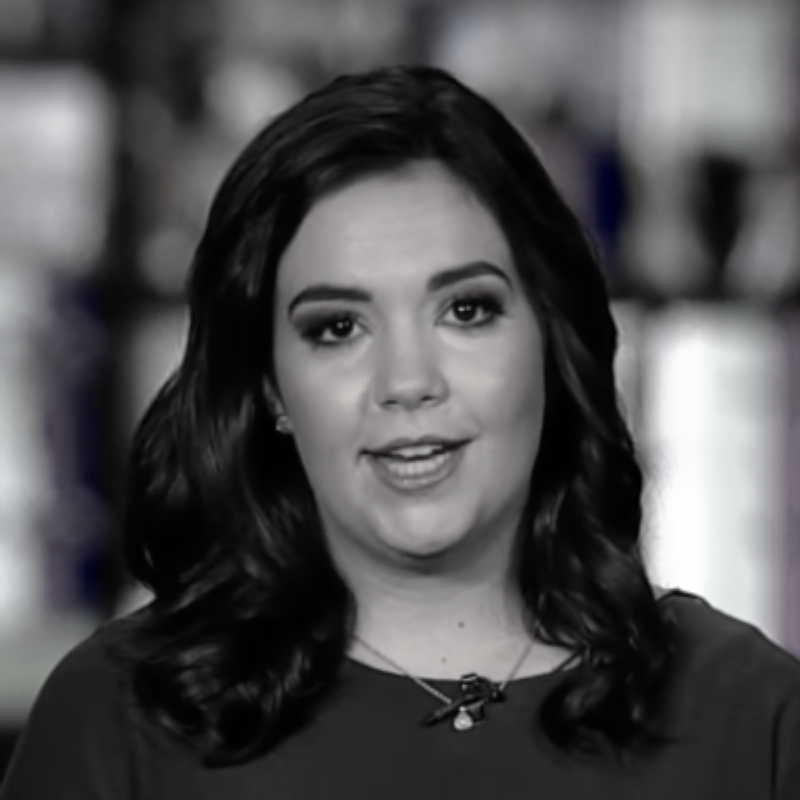 Abigail Marone is a Rapid Response Specialist for Donald J. Trump for President, Inc. Previously, she was a Press Assistant at the Republican National Committee, a Communications Associate at Americans for Tax Reform, and a DC Correspondent for Campus Reform. She graduated from George Washington University in 2019.