A University of Wisconsin – Madison College Democrat published an op-ed in the school’s student newspaper after she expressed concern over the group’s support for Chick-fil-A, citing her sexuality, and other members expressed indifference.

UW Madison student Anna Barry wrote the piece, which was titled, “Dear College Dems: My sexuality is not a joke,” regarding comments made in the College Democrats’ GroupMe chat on July 17. Barry claimed that the club was preparing for a “statewide volunteering day of action” and that a group member had offered to provide Chick-fil-A to any member who helped knock on doors.

“As a bisexual woman, I responded, reminding the chat that Chick-fil-A funnels money directly to anti-LGBTQ+ organizations,” later characterizing the Salvation Army, Fellowship of Christian Athletes, and Paul Anderson Youth Home as “three groups with a clear history of anti-LGBTQ+ discrimination.”

According to the Chick-fil-A Foundation’s website, the company donated $150,000 to the Salvation Army in 2017, funding camps for children, as well as the Atlanta, Ga. Angel Tree program, which provides holiday gifts to poor children. The same year, the foundation donated $1.6 million to the Fellowship of Christian Athletes for school programs and sports camps. As for the Paul Anderson Youth Home, Chick-fil-A donated $6,000 to the group in 2017 for a yearly Christmas dinner theater, as well as a bike ride fundraiser. The three groups have indicated, to varying degrees, that they do not support homosexuality.

Barry claims that one of the College Democrats members responded to concerns she raised, saying, “worth it tho [sic],” a statement which was “favorited” by the former group chair and former executive board members.

Other members allegedly responded, “We have bigger fights to fight than chick fil a [sic],” as response Barry said she was “terrified” to receive, and “sorry, I forgot im [sic] homophobic.” Barry says that this message was likewise “favorited” by several current College Democrats. Campus Reform was unable to obtain screenshots of these posts.

“When moderators of the group were able to respond to the jokes, a statement was relayed through a member of the executive board reminding members of the group chat to keep the tone respectful to all marginalized communities,” the chapter said.

Barry says in her article that her last post in the GroupMe “reminded these individuals that homophobia is never O.K.”

According to Barry, her message was not acknowledged until “much later,” after she had contacted the chairwoman of the College Democrats of Wisconsin, Kami Yelk, who oversees the group.

“Again I am so sorry this happened I’m not taking this lightly and I took action right when you alerted me and I will continue to make sure College Democrats is a welcoming environment for all,” the chairwoman said.

Barry responded to the apology via a Facebook “heart” reaction, but blasted the College Democrats at UW Madison in her op-ed, claiming that the club “has become accepting for white, gay men – but not other members of the queer community.”

“Bi- and trans-phobia are not exclusive to heterosexual individuals and many of the members of the chat who made these comments only prove this point,” she said, also alluding to members “who have felt excluded from [UW Madison College Democrats] because they were people of color.”

The student group posted a Google Form, requesting that members provide feedback with suggestions or complaints to “make [the] group stronger and more inclusive.”

The group asserted that “the executive board realizes that not all members of the [College Democrats] chapter have had a positive experience in their time apart [sic] of it, and we are committed to taking direct action to remedy that.” 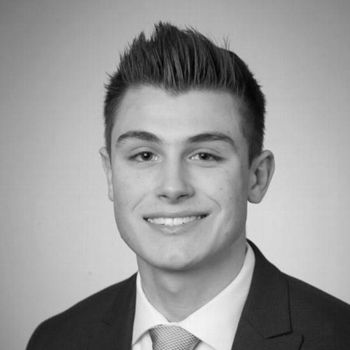