Writing and linguistics professor Jared Yates Sexton made the statement, along with several others, on Twitter. The tweet thread begins with Sexton accusing the mainstream media of not putting enough pressure on Trump to resign from office because they are more interested in creating entertainment, ratings, and cash flow.

The professor proceeded to elaborate on this potential violence.

“There’s a vast number of people in this, people who have been taught their whole lives that they might need to kill in case of a coup or corrupt takeover,” Sexton tweeted. “Trump and Republicans signal to them constantly. They’re more than ready to see this as the occasion.”

In conclusion, Sexton suggests that the only way to avoid this potential bloodbath is for the entire national media to assert pressure on Trump to resign from office.

“Evidence against Trump has passed the point of no return,” he claims. “The national media need to assert pressure on him to resign so we can avoid this story going to a place that risks lives. People have already died. More will if this crisis isn’t dismantled carefully.”

Campus Reform reached out to the professor to clarify how exactly Trump’s maintenance of the presidency would cause people to die.

“People won’t die simply because Trump remains in office, but I do believe there is a danger in President Trump and Republicans continually mentioning coups and civil wars as history, both recent and past, shows that individuals do kill when rhetoric like this permeates media,” Sexton responded. “For instance, Dylann Roof’s killings were predicated by radicalizing propaganda that told him he must take his country back. The man who sent bombs to Democratic politicians and the media did so following consistent portraits of them as enemies by Trump. Defending him from impeachment by claiming there’s a conspiracy or coup or that there’s a possibility of civil war heightens the potential for violence.”

Campus Reform replied by noting to Sexton that, since Trump won the 2016 election, there has been a steady stream of calls from mainstream media outlets for his impeachment or removal from office, asking the professor to reconcile this with his claim of a shortage of such demands.

“My concern is that the President has obviously committed impeachable offenses and that the fight over impeachment, considering there’[re] already calls for a civil war, will be dangerous for Americans,” the professor told Campus Reform. “I’m also concerned that media has a tendency to use political theater and tension as a means of boosting ratings and that this situation could be easily avoided if Trump were [to] resign, hand the presidency to Pence, and spare America the grueling battle.”

Campus Reform also asked Sexton whether he also opposes incitement of violence from the left.

“As for calls for violence, I don’t [think] anybody should be making them, Democrat or Republican,” he said. “Period. For the record, I’d rather all parties involved steered clear of violent rhetoric altogether.” 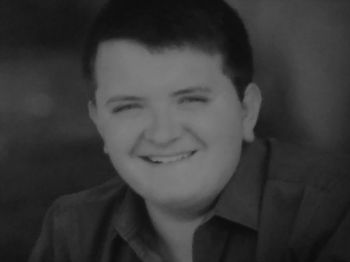 Nick Reidy is a Content Producer at OANN. Previously, he was a Massachusetts Campus Correspondent at Campus Reform and a Public Relations Account Executive at Matter Communications. Nick graduated from Worcester State University.