​Students warn others to avoid costumes that ‘fetishize’ cultures

Students at Loyola Marymount University are warning their peers to avoid potentially offensive costumes that may "fetishize" certain groups.

The “My Culture Is Not Your Costume” event on Wednesday was sponsored by multiple campus political advocacy groups including LMU’s Black Student Union and Indigenous Student Union.

The event was meant to raise awareness around the supposed dangers that cultural appropriation poses, and encourage students to rethink the costumes they wear on Halloween.

Students were invited to “learn more about how to avoid culturally [sic] appropriation, especially during Halloween."

The organizing students passed out flyers instructing their peers as to which types of costumes to avoid. The information was compiled by the university’s Black Student Union, Spanish Club, Indigenous Student Union, the African Student Association, and other identity groups.

The flyers define cultural appropriation as “the unacknowledged or inappropriate adoption of customs, practices, ideas, etc. of one people or society by members of another and typically more dominant people or society,” and offer various criteria for judging whether or not costumes are acceptable.

One flyer focusing on Native Americans claims that “Native people and their culture is [sic] often fetishized.” Another flyer addresses costumes that supposedly harm “Latinx” individuals.

“Native Halloween costumes perpetuate stereotypes that stem from Native American portrayals in media, specifically in film,” reads the flyer focusing on Native Americans. “Native people do not wear headbands. Headbands were used by non-Native actors in red face to keep their wigs from coming off.”

“Costumes often hyper-sexualize Native women which is NOT okay,” the flyer declares.

The handouts encourage students to ask themselves a number of questions before wearing a Halloween costume, including whether or not the costume packaging has the words “tribal” or “traditional,” or if the costume includes “race-related hair or accessories.”  Students are also encouraged to ask themselves, “Does this costume represent a culture that is not my own?”

While the student groups behind the literature hope to rid the community of certain types of potentially offensive Halloween costumes, not all advocacy groups at LMU believe cultural appropriation is a major societal issue.

[RELATED: SHOCK: Even liberal Bill Maher says cultural appropriation 'was just made up']

“As long as there is no blatant, intentional insult, it is not cultural appropriation,” Hana Thomas, chairwoman of LMU’s conservative student group Young Americans for Freedom told Campus Reform. “The only cultures in history to have ever thrived did so by exchanging, adapting, and evolving through contact with other cultures,” she added.

“Intimidating and insulting people who explore other cultures, whether it is through costumes on Halloween, learning musical styles, or embracing other traditions, will only exacerbate divisions between well-meaning, decent people,” Thomas said. “Conversations, sharing, and kindness are the foundations of understanding and progress.”

“Today’s ‘cultural appropriation complainers’ are anathema to those values and will hurt all of us in the long run,” Thomas added.

Students hosting “My Culture Is Not Your Costume” declined to comment. 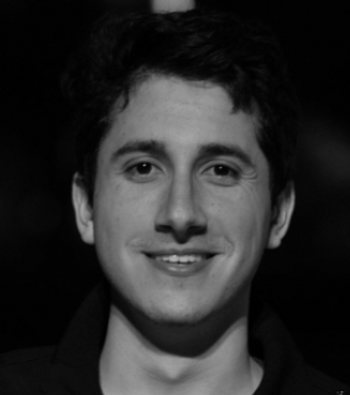 Phillip Nieto is a Digital Production Assistant at Fox News. Previously, he wrote for the Daily Caller, The Spectator, Mediaite, and was a California Campus Correspondent for Campus Reform. Phillip graduated from Loyola Marymount University in Los Angeles.