The study conducted by Penn State political science professor Kevin Munger and researcher Joseph Phillips claims that there has been a radicalization of audiences to the far-right by factors more than YouTube's recommendation algorithm, mainly attributed to the connections between the communities formed around specific YouTube channels

Munger and Phillips establish that YouTube operates in a "supply and demand" mechanism. The supply being the that making videos can become a career and incentivizes by paying creators for content that can be "easy" to make, and the demand being that need for easy-to-access content that deviates from mainstream media. The pair make a case that a "white nationalist" audience already existed and have recently found content more available to them in these communities.

Their study establishes on five main categories for content creators that the authors consider to be "fringe" in that they "explicitly define themselves in opposition to mainstream structures of knowledge production", which they call the ‌Alternative Influence Network (AIN): Liberals, Skeptics, Conservatives, Alt-Lite, and Alt-Right.

While the authors deem any deviation from the mainstream “fringe,” they also acknowledge that "there is a well-documented decline in trust in government, mainstream media, and academia since the 1960s."

They attest that "with the rise of white nationalism and the Alt-Right in North America and Europe has come fears ... that these alternative media outlets have radicalized a generation of Internet natives towards the far right."

According to the authors, the leftmost side of this “fringe” "network" is comprised of "Liberals", including people like Joe Rogan and Steven Bonnell II (better known as Destiny). Munger and Phillips claim that while these "Liberals" routinely argue against conservative and Alt-Right talking points, they are still part of the larger network that leads individuals to white nationalist online communities.

The second tier established by Munger and Phillips places figures like Carl Benjamin (Sargon of Akkad), Jordan Peterson, and Dave Rubin in the "Skeptics" category, which they claim is comprised of individuals who have "undergone ideological transformations" from the mainstream left to the right.

Classified in the "Conservative” tier are people like comedian Steven Crowder, Ben Shapiro, and Dennis Prager. The authors define this group by factors like their opposition to the use of identity politics and a belief that conservatives are being silenced by the mainstream media.

The authors explain that the last two groups, the “Alt-lite” and “Alt-right” are “often conflated.” The “Alt-lite” supposedly includes figures people like Paul Joseph Watson, Stefan Molyneux, and Lauren Southern. Munger and Phillips explain that these individuals define themselves by  "antagonizing and upsetting (‘triggering’) liberals and leftists, and use racist and otherwise oﬀensive humor as a means to transgress what they describe as authoritarian boundaries set by the left-of-center".  The “Alt-right” here is defined as “far-right” individuals with race-based viewpoints, such as white nationalist Richard Spencer.

While making their case about the danger of the “Alternative Influence Network” they also concede that "since 2017, viewership of the furthest-right content has declined despite increases in the supply of such content." And that these right extremists oppose President Trump for his pro-Israel stance.

"These patterns are inconsistent with radicalization happening at a major scale; indeed, from these data alone, de-radicalization seems a more plausible baseline hypothesis. This does not rule out the possibility that some people are making the ideological journey from Liberals to Skeptics to the far-right, but this is certainly not the dominant trend."

The study ends by mentioning that while there is no concrete evidence that people are transformed into white nationalists by entering this online “network,” the radicalization can still occur to "at least some" viewers. 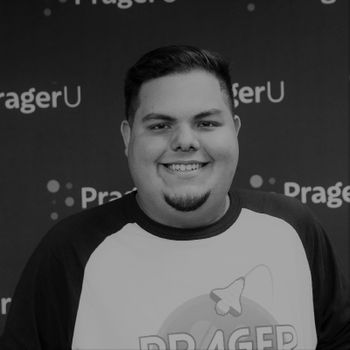 Melvin Soto Vázquez is an associate producer for the Conservative Partnership Institute. Previously, he was a Puerto Rico Campus Correspondent at Campus Reform. He graduated from University of Puerto Rico - Mayagüez Campus.