On campuses across the country, students are being told by administrators that they must limit their First Amendment protected speech to certain areas, or that they must first obtain a permit.

Campus Reform gathered some of the most egregious examples of free speech rights being violated on campus in 2019.

At Jones Community College in Mississippi, Young Americans for Liberty chapter president Mike Brown was shut down by the campus chief of police while holding a “free speech ball” activism event on campus. The campus police chief took Brown into his office and told him that he wasn't allowed to do any such activity on campus without getting permission from the school administration.

According to Young Americans for Liberty Free Speech Director, JP Kirby, “the campus administrator wasn't even on campus at the time and had been on personal leave for a period of time. Also, they told him ‘you're smarter than that, son’.”

Currently, the Foundation for Individual Rights in Education (FIRE) is litigating this case. FIRE has received support from the Department of Justice and a statement by the Secretary of Education, Betsy DeVos.

Utah Valley University forced a student to take down a display while recruiting for a Second Amendment club. An unidentified member of UVU event services was caught on video telling student Sarah Clark that organizations are required, per the school’s free speech policy, to schedule a table before setting up “a structure."

The university defines “structure” as “any object (other than objects such as handbills, signs, small lawn signs, notices, and posters, armbands, or personal attire) used in expressing views or opinions, including but not limited to booths, buildings, billboards, banners, large lawn signs, and similar displays.”

However, the group was using its own table at the public university in Orem, Utah. But the policy states that “prior to the erection of any non-commercial structure, a person or organization must obtain a permit from the Campus Scheduling Office for each proposed structure.”

Clark also commented on the difficulty of finding like-minded individuals at UVA due to restrictive speech policies on campus.

Two University of Mississippi employees initially canceled the venue for a lecture by conservative speaker Elisha Krauss, claiming that the space is not available to be used by “partisan or openly ideological student groups.” They, however, failed to cite any specific policy that prohibited partisan speakers from using campus space. In fact, previously, the university had held Chris Preble from CATO Institue, the former chief strategist for Mitt Romney’s presidential campaign, Stuart Stevens, and David Baria, a former Mississippi Democratic nominee for the U.S. Senate.

4. University promised to get rid of ‘free speech area’ policy SIXTEEN years ago, so why is it still on the books?

Young Americans for Liberty chapter president at Western Illinois University, Dylan Crowl, had held numerous free-speech events on campus, despite the  "free speech zone" policy written on the campus website. According to Kirby, “Dylan emailed the administration about it; their reply stated that there were no speech zones on campus and referred Dylan to a press release from 2001 where the university president at the time declared them to be dissolved.”

When Crowl asked the administration to remove the policy from the website, the administration did not respond to Crowl’s request. When Dylan and his chapter held their next activism event, the campus police stopped them and specifically referred them to the "free speech zone" on campus. Meanwhile, FIRE has published multiple articles condemning the actions of the school administration.

The school maintains that the policy has been dissolved, even as it remains visibly posted on the website.

5. EXCLUSIVE VIDEO: Conservatives told to 'pack up and head on out' on public college campus

The self-identified "associate director of campus safety,” told two conservative activists at Keene State College in New Hampshire to "pack up and head on out" while they tabled on a public college campus because they did not get permission and were not in a "free speech area."

The "associate director of campus safety" told the students that "we welcome everyone," but that "everyone has to play by the same rules," mentioning an Elizabeth Warren supporter who was also on campus at the time. He added that once the students  went through the proper channels to gain permission to table on the public college campus, they would then be allowed to recruit students in a designated "free speech area."

Nicole Neily, president of Speech First, reacted to the video, telling Campus Reform, "it's astonishing that in 2019, public universities still maintain and enforce free speech zones. Groups like Alliance Defending Freedom challenge free speech zone policies on a regular basis, and they've won virtually every case. In the face of case law like that, it seems foolhardy for public schools to maintain policies like these on the books." 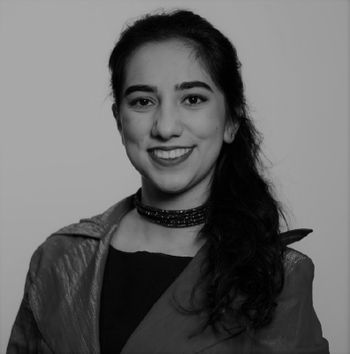