Confucius Institute at Mizzou closes after pressure from Washington

The University of Missouri is the most recent American university to shutter its Confucius Institute.

The FBI has warned that the Confucius Institute fosters Chinese communist propaganda.

The University of Missouri is the most recent university to shut down its Chinese funded Confucius Institute.

“We were notified by the U.S. Department of State’s Bureau of Educational and Cultural Affairs this past July that due to changes in State Department guidance, we would now be required to have a certified Mandarin Chinese language teacher in every classroom with a Confucius Institute staff member,” interim vice provost Mary Stegmaier said in a statement earlier this month.

“While Missouri-certified teachers were in the classroom with the CI staff, recruiting and supporting the necessary certified Chinese language teachers would be cost-prohibitive,” she added.

“After the university was notified about the changes in July 2019, the U.S. Department of State allowed the university to continue operating the CPS partnership during the 19-20 academic year while the university and CPS considered the best options for continuing to offer Mandarin Chinese to students,” the school explained.

[RELATED: GW has accepted MILLIONS of dollars from China 'for many years']

Confucius Institutes on America’s college campuses have caused major concern in recent years due to criticism that they operate as Chinese propaganda cells under the guise of teaching Chinese culture to American students.

“We do share concerns about the Confucius Institutes...And I think the level of naïveté on the part of the academic sector about this creates its own issues. They’re exploiting the very open research and development environment that we have, which we all revere, but they’re taking advantage of it," said FBI Director Christopher Wray last year.

As skepticism around Confucius Institutes grows in Washington among key critics like Senators Ted Cruz and Marco Rubio, many universities have closed their facilities, including the universities of Iowa, Michigan, Texas A&M, Minnesota, and North Carolina State.

In Missouri, the move is certainly not unanimously supported. The closing of a center of culture and language has drawn some ire of students.

“Being someone who went to Mizzou for over four years, I can say firsthand that Mizzou is not the most culturally educated and diverse campus; and while the shutdown is not a ‘huge deal’, its small things like this that add up to the bigger picture of our campus lacking is diverse education and awareness,” Missouri health science and sociology student Hannah Bastar told Campus Reform.

“Pleased Mizzou is shutting down the #China Communist Party funded ‘Confucius Institute’,” tweeted Missouri Sen. Josh Hawley. “As the State Department warned Mizzou in July 2019, and as I have repeatedly stated, this program presented security risks for students & university as a whole.” 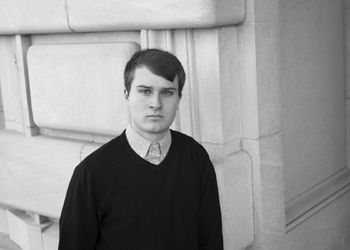