As schools ease up on grading amid the coronavirus, Ivy League schools are following suit.

All of the Ivy League institutions have now adopted some form of pass/fail grading for the spring semester. 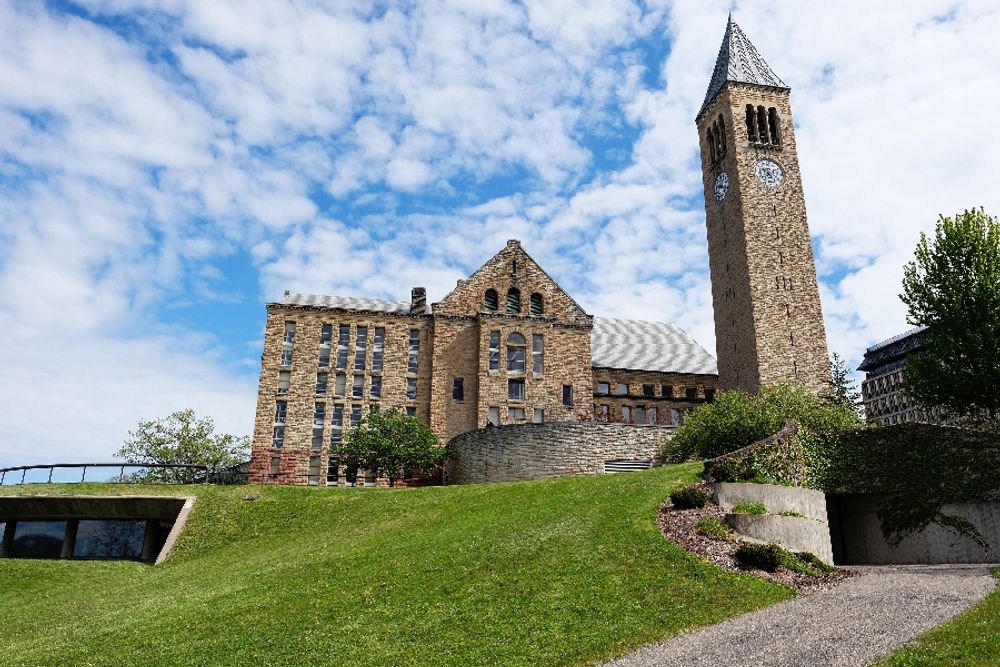 As COVID-19 has forced classes online, colleges have eased up on graded assignments - even at the prestigious Ivy League schools.

With professors and students advocating for automatic A’s or to be given passing grades at the minimum, many college administrations have surrendered highly generous grading policies to give students a break as coronavirus has taken its toll on the country.

These styles of grading accommodations have now trickled down to every single Ivy League college in the U.S. All have decided to implement some form of pass/fail or credit/no credit systems, some in an attempt to not harm students' GPA’s.

Columbia pioneered mandatory pass/fail style grading systems, being the first Ivy League school to announce it would transition to the system amid the coronavirus pandemic. President Lee Bollinger announced in an email on March 20 that this policy is not optional.

This decision came shortly after a student petition circulated making the demand, according to the Columbia Spectator.

Yale also adopted pass/fail grading. School Dean Marvin Chung announced that as of April 7, students will not receive a letter grade on their transcripts, a move that garnered 68 percent support from students.

According to The Harvard Crimson, grades will be deemed as “Emergency Satisfactory” or “Emergency Unsatisfactory” for the spring semester, giving faculty the ability to provide insight and exchange the terminology with “qualitative assessment of student learning.”

Dartmouth joined the other ivy leagues in non-traditional grading as of March 23, when Provost Joseph Helble announced the school’s decision to move to "credit, no-credit" grading systems, The Dartmouth  reported.

Princeton has also implemented an optional pass/fail grading system for students, according to the school paper. The decision was made after the school was flooded with “hundreds of emails” from students and parents alike demanding the change. Dean Jill Dolan said that faculty will individually have the option to “retain the option to elect the PDF-only grading option for their courses.”

After an online petition that garnered thousands of supporting signatories, UPenn Vice Provost Wendell Pritchett released a statement March 20 announcing that the school will give the students the option to take their classes on a pass/fail basis. This means that students' GPAs will not be negatively affected.

In a letter sent to all undergraduate students, Cornell announced on April 5 that so long as students receive a minimum grade of a C-, it will appear on their transcript as "pass." On the other hand, grades below C- will naturally appear as "fail."

After establishing a previous Satisfactory/No Credit deadline option of April 17, Brown students were given an extension of May 1 to make the decision for this grading opportunity, The Brown Daily Herald  reported. This move was supported by many faculty members after the college previously denied a proposal to implement mandatory pass/fail grading for all undergraduate students.

Brown Spokesman Brian Clark said in an email to Campus Reform that the school has the option to do this every semester, and that the deadline was merely extended longer than usual.

“[The approach] allows students to choose between taking a course for a grade or under the Satisfactory / No Credit option. This is an option during any semester, but the timeline was simply extended until May 1.”

Clark clarified that professors must submit a request for approval to have their class switched from traditional grading to the revised option.

“[This approach] allows faculty to request that their course(s) be converted to mandatory S/NC. This is for exceptional cases where an instructor believes that, in light of the modifications made for remote instruction, it would not be feasible to assign letter grades. Faculty must submit a petition for review.”

Campus Reform reached out to the other Ivy League institutions for comment. Cornell’s media spokeswoman Rebecca Valli directed Campus Reform to the school’s official grading policy. No other responses were received in time for publication.

“I don't think it is as simple as 'beneficial' or 'non-beneficial.'... It is clear that the Credit/No Credit system will lower motivation for most students.”

Cai explained that the way the school’s class options are set up can sometimes cause students to "miss their academic potential."

“As a Dartmouth student, you typically enroll in three classes per quarter (we operate on a quarter system, rather than a semester system). Many students have opted to enroll in a fourth class due to the new grading system—without risk of receiving a bad grade, taking a fourth class this term allows them to have a lighter course load in a subsequent term. On the surface, this seems like a great option, but it ultimately reduces the effort spent per class.”

On the other hand, Cai recognized the disadvantages that online classes might pose to some students.

“Certain students do not have access to stable internet connection, and others have additional learning resources on campus that are no longer accessible to them in the new remote format.”

Overall, Cai felt that the schools grading policy was misplaced.