U. Delaware is hoarding records that could corroborate Tara Reade's allegations against Biden

Reade says she doesn’t have a copy. But the University of Delaware might.

Biden sexual assault accuser Tara Reade says she filed an official complaint with the senate against Biden at the time he allegedly assaulted her.

Reade maintains that Biden sexually assaulted her in the 1990s when she worked for him as an aide in his senate office, and that she filed a complaint with the senate personnel office at the time. While Reade says she does not have a copy of the report, the University of Delaware could be storing that evidence.

Biden donated his senatorial records--dating from 1973 to 2009-- to the University of Delaware in 2011. At the time, the university said it would keep the records “sealed for two years after Biden retires from public office.” 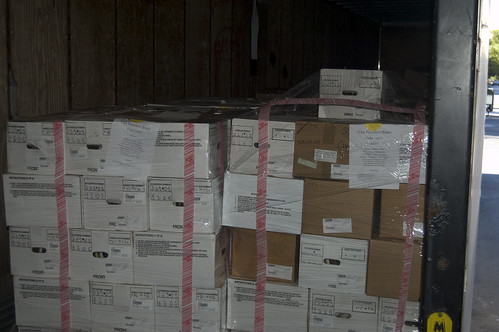 Arrival of the Joseph R. Biden, Jr. Senatorial Papers at the University of Delaware Library on June 6, 2012.

But the University changed its language around the subject in April of 2019 - the same month Biden announced his bid for the Democratic nomination for president - when it addressed the more than 1,850 boxes of Biden records it has in its possession, now saying it will release the records when Biden retires from “public life” rather than “public office.”  Since the university considers "public life”  to include a run for president of the United States, the records remain sealed.

“Currently, all of the documents from Biden’s career in the U.S. Senate remain under lock and key at the University of Delaware,” reads the petition. “The documents and complaints that may shed light on this alleged sexual assault could sit in those very files. Yet, Biden refuses to release a single document.”

When asked if the school plans to release the records in light of public interest, given that Biden has had credible sexual assault allegations levied against him and is running for president of the United States, University of Delaware Director of External Relations Andrea Boyle confirmed to Campus Reform the university's refusal to release the records, citing the fact that they are "still being processed" and that there are "many items yet to be cataloged."

Boyle reiterated the university's position that "the entire collection will remain closed to the public until two years after Mr. Biden retires from public life."