Not alone, college professors at other schools, including the University of Washington, shared similar links to donate.

California State University-Chico shared a link to donate to funds designed to bail out and pay for the legal fees of rioters.

Colleges and universities across the U.S. are pointing students to "resources" detailing where they can pay bail for rioters.

Several prominent celebrities, organizations, and now, even universities have been asking for donations to help bail out those arrested during the recent violent demonstrations. Colleges and their faculties across the country are encouraging students to donate to funds such as the Minnesota Freedom Fund, the Portland General Defense Committee, and the Peoples City Council Freedom Fund, created to help fund bail payments for arrested rioters. Rioters have been arrested in America’s major cities for crimes including looting, assaulting police officers, and arson.

California State University-Chico tweeted in support of those “in protest,” calling for “progressive social change." The university then shared a link to a Black Lives Matter website with resource links including dozens of different bail funds for the rioters. Among these funds  is the Minnesota Freedom Fund, an organization dedicated to “pay bail for those who have shown up in love and grief and rage to demand justice.”

The fund has recently seen a massive influx of support, having raised $20 million and as of now is pausing all donations and referring would-be donors to “George Floyd’s family and other local organizations, especially those which are Black and BIPOC led, and which are working to lift up communities, end police brutality, and build a more just future.”

“Chico State does not condone any illegal behavior,” a Chico State spokesman told Campus Reform when asked if Chico State supported the violent protests, looting, and rioting. He then went on to explain that the links the university shared with its followers were simply “information about the Black Lives Matter Movement.”

This is contradictory to the original post made by the university on social media that stated, “together we can effect progressive social change. Ways you can help:” and then provided the link to the website calling for donations.

CSU-Chico is not the only school that has been reported to promote these donation platforms.

[Related: Warrant out for arrest of student protester who allegedly assaulted conservative student

At the University of Washington the Chair of the Electrical and Computer Engineering department, Eric Klavins, sent out an email to all the professors in his department with links to donate to different protester bail funds. In the email, obtained by Campus Reform, Klavins suggests to professors within the department that they should offer special accommodations to "Black students in our department" because they are "experiencing significant stress."

"I strongly suggest you offer your students ways to complete your course successfully. This may include offering a final examination optional pathway, dropping assignments, granting extensions on homework deadlines, or some other agreed-upon accommodation," wrote Klavins.

Klavins cited a Google Doc created by the UW student government that covers topics such as cultural appropriation and privilege stating such things as “Unless you are Black, you have privilege.” This same document encourages students and other members of the campus community to allow for additional accommodations for black students who are “taking time to protest." These accommodations include allowing more time on assignments, excusal of future assignments, and allowing students to forego grades on future assignments.

Linked in this document under “places to donate:” are multiple different “Freedom Funds” as well as links to ActBlue, a fundraising website focused on, “Powering Democratic candidates, committees, parties, organizations, and c4s around the country.” 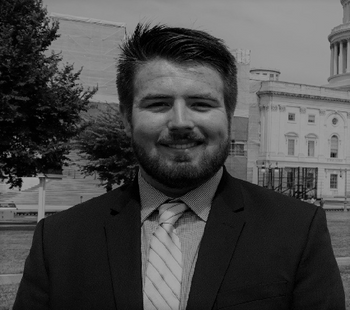