Students at Princeton University demanded the removal of President Woodrow Wilson's name from the School of Public and International Affairs.

The school announced the name change, but students' other demands remain unaddressed.

Other demands include hiring more black faculty members and a reparations task force.

Princeton University announced it will remove President Woodrow Wilson’s name from two buildings, but students are demanding that the Ivy League school take even more action.

A "majority" of 2020 Princeton public affairs graduates called for the name’s removal. 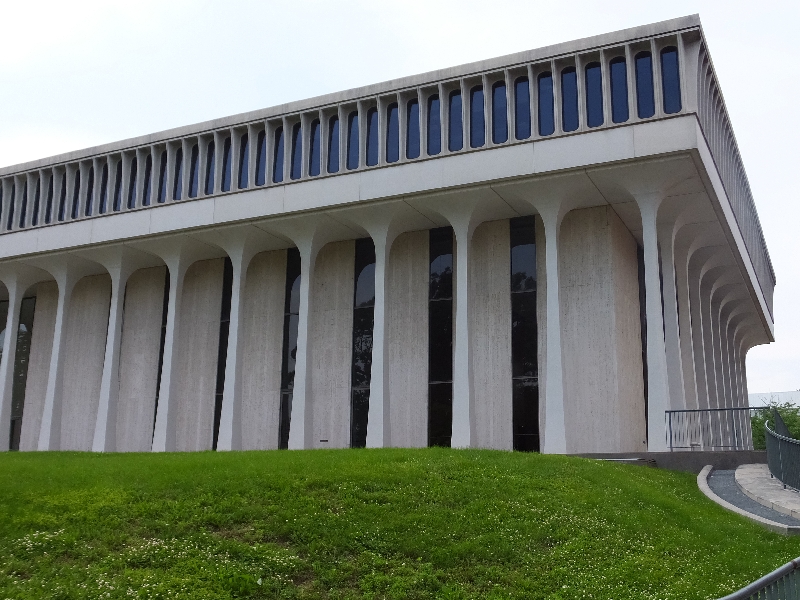 Woodrow Wilson School of Public and International Affairs at Princeton University in New Jersey, as seen on June 16, 2013. It is a professional public policy school.

Graduates of Princeton's Woodrow Wilson School of Public and International Affairs published their demand to scrap Wilson's name in a letter published by The Daily Princetonian. They targeted the institution's recent “silence regarding the ongoing practices of racial injustice and police brutality,” and its preservation of "avowed segregationist" Democrat Woodrow Wilson.

Pointing to Wilson’s defense of the KKK, “resegregation of the federal government,” and his League of Nations which helped “cement a global hierarchy based on white supremacy” they demanded his name’s removal. The letter further cites “critical first steps in reflecting anti-racist stances” by the “university’s peer institutions."

The letter further demanded “significant funds” for the creation of a faculty-student research task force “to research reparations policies and directly propose recommendations to the University for consideration and implementation.”

Descendants of slaves by university presidents and donors should receive university-funded reparations, the letter explained. Descendants of the historically black neighborhood, Witherspoon-Jackson, “destroyed by the University’s actions” should also receive reparations, it said.

The letter demanded a prerequisite course requirement for students in the School of Public and International Affairs focused on “power, race, and identity,” as well as the “intentional hiring of more Black faculty and faculty of color,” and the creation of anti-racist training. The training should be semesterly, the letter states, and required for “all faculty (including tenured professors), staff, preceptors, and administrators.”

A majority of the public affairs school’s 2020 class, as well as some of the 2021 and 2022 class members, signed the letter. They demanded a response from the school by July 6 and for the implementation of the demands by August 30.