Pete Buttigieg has a new gig at the University of Notre Dame for the 2020 academic year.

Buttigieg will work as an Institute for Advanced Study Fellow, researching ways to "restore trust" in American political institutions.

Former South Bend, Indiana Mayor Pete Buttigieg’s run for president of the United States propelled him to a role as a major figure in Democratic politics. Now, he has been tapped by the University of Notre Dame as a faculty fellow for research on “how to restore trust in political institutions.”

Buttigieg dropped out of the presidential race in February 2020. With the campaign in the past, Buttigieg has embraced a new role in the world of academia by recently joining the Notre Dame Institute for Advanced Study as a fellow for the 2020-21 academic year.

“I am delighted to join this academic community to pursue research on one of the most salient issues of our time, the nature of trust,” Buttigieg said in a statement. In addition to the research efforts, Buttigieg will be "teaching an interdisciplinary undergraduate course on the importance of trust as understood through different fields. The course will focus on "literature, politics, economics, and philosophy."

A 2018 Pew Research study found that 75 percent of Americans think that distrust of the federal government is justified.

President Donald Trump tweeted on July 10 that, “Too many Universities and School Systems are about Radical Left Indoctrination, not Education.” Though Buttigieg is considered a more moderate political figure by some Democrats, the appointment of a former Democratic primary candidate to a teaching position just months after he dropped out lends itself to the concern that universities are partisan and left-leaning.

“We definitely feel that there is less representation for conservative-minded professors at our campus than liberal ones, and in a time where cancel culture is being promoted by the younger generations and leftist institutions, we feel that conservative professors are also more intimidated when speaking about their views,”  Notre Dame College Republicans told Campus Reform.

One study found that from 2010-2014, only 10.6 percent of professors at highly selective Catholic institutions like Notre Dame possessed conservative views.

“We welcome the idea of having someone who has experience in the national political arena teach on our campus,” the Notre Dame College Republicans said. “However, we feel it is of utmost importance that the Trust In Politics course and research projects maintain a bipartisan approach, and bringing in left-wing politicians to teach without sufficient representation from the right would not fulfill this mission.”

A 2019 article by Nicolas Abouchedid, editor-in-chief of The Irish Rover, a publication dedicated to upholding Notre Dame’s Catholic values and institutions, described the university as “better than most” when it came to resisting “the radical efforts plaguing much of higher education,” pointing to the success of The Tocqueville Program which “fosters the study of the role of religion in America’s constitutional republic.”

Abouchedid continued by comparing Notre Dame positively to the state of Georgetown University, another Catholic university, where it claimed: “the progressive manipulation of social justice seems to take precedence over any kind of commitment to the faith.”

In response, Grand Knight of the Knights of Columbus chapter at Georgetown University A.J. DeGrado told Campus Reform: “it would be great if the university could fully support Catholic social teaching and stand behind its ideology even when threatened by small yet impactful groups; but that said, Georgetown does a respectable job when it comes to manifesting the Catholic ideals it was founded on." 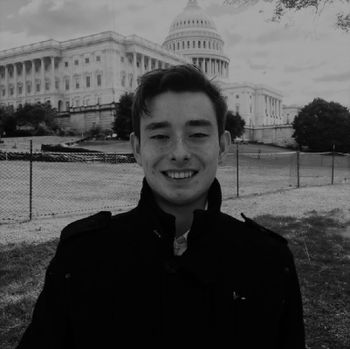