More than 600 scholars will stop teaching duties for 48 hours to participate in a teach-in on racial justice after Labor Day.

The “Scholar Strike” concept began with a University of Pennsylvania professor who tweeted the idea following the NBA protest last week. 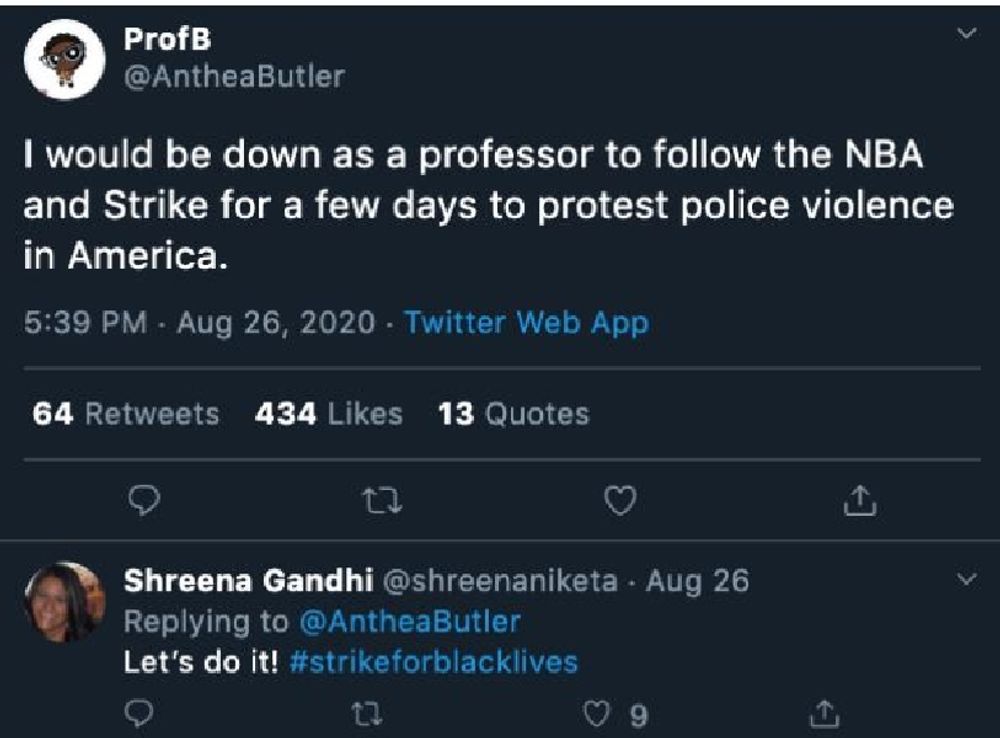 More than 600 scholars have committed to halting their teaching duties for two days to participate in a teach-in on racism and police violence.

It started when University of Pennsylvania Associate Professor of Religious Studies and Africana Studies Anthea Butler tweeted last week, “I would be down as a professor to follow the NBA and Strike for a few days to protest police violence in America.”

It didn't take before she had a co-organizer, an official date, and hundreds of scholars voicing their support using the #ScholarStrike hashtag.

The strike is scheduled to take place on the Tuesday and Wednesday after Labor Day.

The letter informed professors to either walk away from normal teaching activities completely or use the time to talk to their students about racial justice. Scholars will also be provided an away message for their email to let people know they are participating.

For those who cannot join due to their union contracts, the letter listed other ways to participate, including hosting a discussion on their YouTube channels or posting on social media.

[RELATED: Resident Assistants across US threaten to strike as students return for fall]

The letter also encouraged professors to take action on their own campuses. It highlighted a campaign at UPenn to defund the police and encouraged others to set up similar activities.

“We believe that it is long past time for us to make a collective stand against police violence (particularly against communities of color) in the United States,” read the strike’s mission statement tweeted by Butler’s co-organizer, Grand View University Director of the Center for Excellence in Teaching and Learning Kevin Gannon.